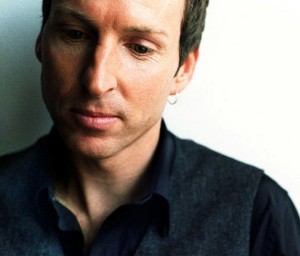 Many drummers are aware that Jim Bogios left Sheryl Crow for Counting Crows back in 2003. But Jim hasn’t really talked about the transition, until now. “I would never have considered leaving Sheryl unless it was for an opportunity to be a bandmember,” the journeyman drummer says. “That was never going to happen with Sheryl, even though her gig featured me and it was as close to being a part of a band as you could ask–in that type of situation. It was my second family. So it was a big decision to leave. When I told Sheryl, she totally understood.”

While Jim recorded two new cuts included on Counting Crows’ best-of disc, plus the song “Accidentally In Love” from the Shrek 2 soundtrack, their new concept record, Saturday Nights & Sunday Mornings, is the first full-length he’s done with the band. According to Jim, “The ‘Saturday Nights’ part was done in New York and is the more rocking, heavier-edged material. There’s some really aggressive drumming on those tunes, with a lot of fills. One track is called ‘Hanging Tree,’ which has a really great vibe and a lot of energy. ‘Insignificant’ is another that’s pretty rocking, with a ton of drum fills.

“The ‘Sunday Mornings’ part was done in Berkley, California,” Jim continues, “and it features more of a mellow, moody side. That was a little more challenging. We were trying to get away from using the drumset, using alternate ways of playing, a lot of percussion, and other stuff. I played things like bells and hand percussion. On one tune, ‘There Goes Everything,’ I started stomping on a wood platform. On ‘Le Ballet D’or,’ I banged on piano wires. The tune also had a building tambourine part, which reminded me of what I used to do back in my classical days, playing the ‘Nutcracker.’ I was just set loose, musically.”

The differences between the two Crows? “With Counting Crows, I’m more involved with everything,” Jim admits. “I have more creative input and a say in the direction. Adam [Duritz] is the main writer in the band, but he’ll bring in an idea and everyone will add to it. And while every idea might not be used, every one is listened to and tried. With Sheryl, one of the frustrations I had was that there were a lot of different drummers on her records. I would get my cuts, and that meant a lot to me, especially since there were guys in the band who never got to play on her records. But the bottom line is, I’ve always been a band person. With Counting Crows, we’re all in it together.”