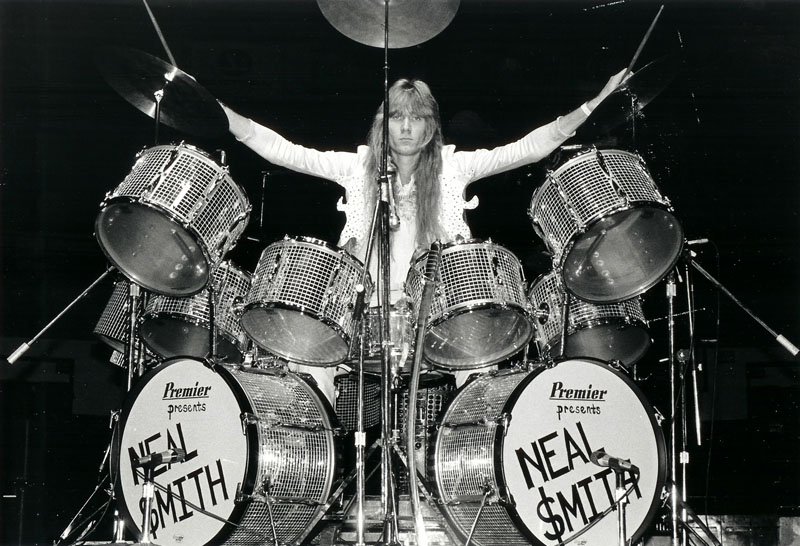 Neal Smith, drummer in the original Alice Cooper band, is selling his historic mirrored Premier drumset. This is reportedly the very first completely mirrored drumset ever made. The kit include four bass drums–the two originals from the 1973 Billion Dollar Babies tour, and the two bass drums from Alice Cooper’s 1974 Brazilian tour, for which the band was cited in the Guinness Book Of World Records, for over twenty years, for the indoor concert attendance record of 125,000 people. The photo included here is from 1973. Serious inquiries only can be sent to Neal c/o Gail Worley, gail@vocis.com.