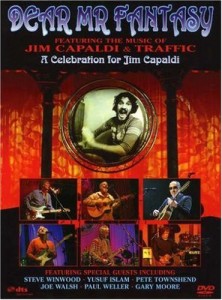 MD managing editor Adam B here again, sharing some of releases on high-rotation in the Budofsky home—and car—and office—and gym. That’s right, the music never stops, and this week I’ve been obsessing on some old-school and old-world sounds. First off, the DVD Dear Mr. Fantasy: A Celebration For Jim Capaldi. This video documents a concert from this past January at The Roundhouse in London, featuring the late Traffic drummer’s long-time partner in sound, Steve Winwood, as well as Pete Townshend, Joe Walsh, Paul Weller, Yusuf Islam (Cat Stevens), and famed Bad Co. drummer SIMON KIRKE. Beyond being a drummer of great depth, Capaldi was a fine songwriter, and his often-touching, always soulful tunes make for great all-star material. Simon Kirke was a contemporary of Jim, sharing his R&B roots (check out Bad Co.’s self-titled debut if you need proof), so he’s well-suited to the material. Studio legend ANDY NEWMARK, Paul Weller’s STEVE WHITE, and percussionist-to-the-stars RAY COOPER also appear here, making for an even cooler package. Jim Capaldi was a beloved member of the British music community, and the depth of feelings that his friends and peers felt at this event are palpable. (www.eagle-rock.com) 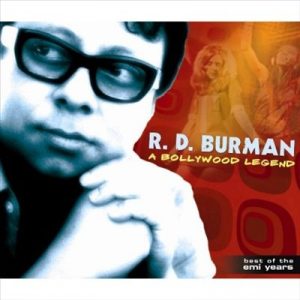 You could say Traffic’s brew of psychedelia, jazz, folk, soul, and rock was pretty exotic, even by late-’60s standards. But I think even Jim Capaldi would agree, you haven’t really walked on the wild side till you’ve heard Latin rhythms interpreted by a top Bollywood orchestra. On A Bollywood Legend: The Best Of The EMI Years, Indian soundtrack maestro R. D. Burman is given the double-disc best-of treatment, and fans of the rhythmically weird and wonderful will find lots to obsess over here. Afro-Cuban is one of a thousand styles filtered through Burman’s kaleidoscopic world-view; spy themes, big band, and of course Indian classical music are but a few more, and the studio musicians appointed to interpret these demands are uniformly top-drawer. World music drummers, be prepared! (www.timessquarerecords.net) 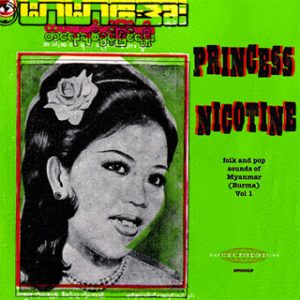 If you can believe it, the collection Princess Nicotine: Folk And Pop Music Of Myanmar makes the R. D. Burman stuff seem nearly tame. Next week we’ll be running a blog from The Sun City Girls’ Alan Bishop, who also runs Sublime Frequencies Records, about a fascinating style of highly rhythmic Burmese folk music called Nat Pwe. Princess Nicotine focuses more on the strife-ridden nation’s “pop” music, but don’t be fooled by that tag. Burma is one of the most under-explored countries in the world, and the sounds that come out of a radio there would be shocking to most Western ears. Dig the titles of the first two songs on this CD: “Burmese Golden Drum” and “Really Strange And Weird Things.” Just about says it all right there. As far as I can hear, there isn’t any proper drumset on these cuts, but the percussive sounds and rhythms—I have to imagine Frank Zappa stumbled across this stuff at some point, because the colors and hits–even the odd vocal breaks–would fit effortlessly within his music. I haven’t looked at my drumkit the same way since I’ve heard this music, and I suspect you won’t either. (www.sublimefrequencies.com)