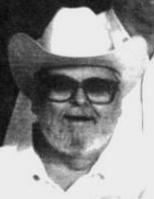 For more than fifty years, Tommy Perkins has devoted himself to performing as a full-time working drummer. At age fifteen he made his first recording as a Texas Playboy. That was the 1950 hit single “Faded Love” by Bob Wills. Perkins has since gone on to become recognized as an expert of western swing drumming. According to Perkins, “Western swing combines a unique blend of country, jazz, rock ‘n’ roll, and ethnic flavors. You need to know how to play all of these styles to be able to play western swing well.”

Today Tommy plays nationwide with The Playboys II. They also have their own radio show. “We play for a weekly broadcast called The Lincoln County Cowboy Symposium,” Tommy explains. “It’s carried on over sixty stations.” Perkins also works locally in Oklahoma City with his home group, Talk Of The Town, which plays 1940s music.

Perkins says he works at improving his playing by practicing every day, attending drum workshops, watching drummer videos, and reading the educational sections of Modern Drummer magazine. “Steve Gadd and Vinnie Colaiuta are two of the current drummers I like to listen to,” he says. “Past influences have been Buddy Rich, Gene Krupa, Mel Lewis, and western swing great Smokey Deacus.”

In 1987, Perkins took his place as a living legend of western swing when he was inducted into the Western Swing Society’s hall of fame. Tommy’s past, present, and future assure plenty of opportunities to continue as a seasoned drummer.