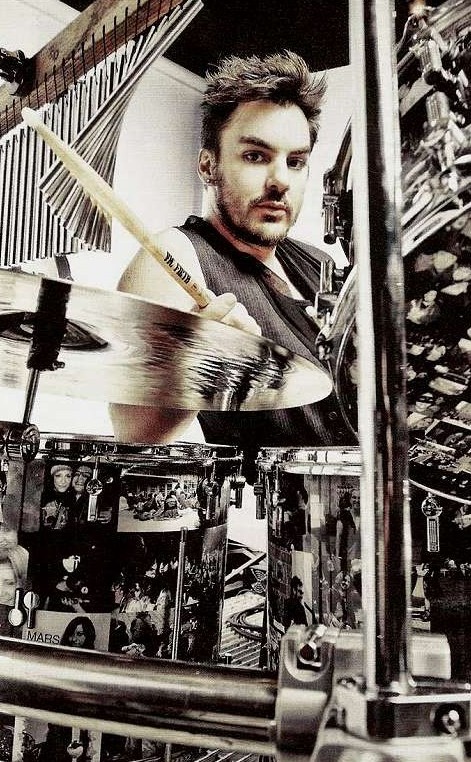 “Music is a language,” says 30 Seconds To Mars drummer Shannon Leto, “and I grew up with that language. I haven’t had any schooling whatsoever, but because I grew up with music all around me, I just got it. Our music may sound technical, but it’s all done through feeling and emotion.”

The emotional playing that pours through on the band’s self-titled debut started during pre-production. “We had to feel each song live,” Leto says, “so we massaged the songs quite a bit, and it was definitely an important factor. As soon as we went into the recording process, I had the songs down. Then I could add things that would come off the top of my head.”

To get Leto’s drum tracks to cut through the multiple layers of guitars and sound-design effects, his kit was tuned very high. “All the guitars were EQ’d really low,” Leto says, “so my tracks cut through a lot better with a higher tuning.” As for equipment, Leto plays Sonor drums with Remo Pinstripe heads and Sabian cymbals. He used a trio of snares in the studio, including a Ludwig Black Beauty, a Noble & Cooley, and a vintage Ludwig. Leto also plays two 20″ bass drums. (“I like the tones of two different drums,” he explains.)