This last June, Ignition was released by Brian Setzer’s new unit, which he calls The Brian Setzer ’68 Comeback Special. Although his big band has not been retired, this project was recorded as a trio’setzer on guitar and vocals, Mark Winchester on upright bass, and Bernie Dresel on drums.

“In some respects it’s not that different from The Brian Setzer Orchestra,” Dresel explains. “The big band was a trio with a thirteen-horn orchestra wrapped around it. But there’s a stylistic change in the music in that Ignition is a little more rockabilly and less swing, whereas when you have the horns, it dictates that you do more swing-oriented stuff. The new album is definitely rockabilly, but it’s still rockin’.”

Dresel was also on the Pearl Harbor soundtrack, on the ’40s swing music in the club scenes. In addition, he can be heard weekly on the Disney House Of Mouse theme song with Setzer, as well as on some of the show’s music. And Bernie was the house drummer for the recent World Stunt Awards, which had a ninja segment in which the drummer got to do a solo that he describes as “Taiko Meets Elvin Jones.” 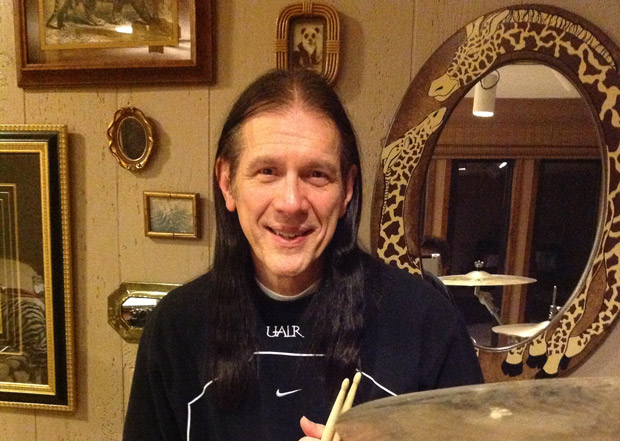 Kenny Savelson of the Droves