When director Daniel Minahan needed an edgy, suspenseful score for his film Series 7, a dark, satiric lampoon of reality-based TV focusing on a fictional game show where contestants compete to the 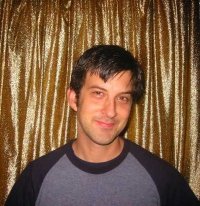 death’the film’s music supervisor suggested they “see what Girls Against Boys are doing.” Once approached, the NYC-based quartet knew the chance to work on this film’s score was too enticing to pass up.

The music the band created for Series 7 challenged drummer Alexis Fleisig. In fact, various objectives came into play. “For the song ‘One Dose Of Truth,’ we wanted really tight drums and lots of rolling, sort of ’80s style,” he says. “When I say ‘rolling,’ I mean lots of fills, like The Cure and music of that era. I was thinking especially of the Cure song ‘In Between Days.’ I wanted to try to get that feeling of manic-ness and energy that comes from recordings like that.” The remainder of the mostly instrumental tracks, Fleisig says, are “more rock, bigger-sounding. It really depended on the mood of the scene, whether we wanted to have more low tom sounds or high-energy snare.”

The project also presented Fleisig with challenges he hadn’t previously faced with a Girls Against Boys recording. “It’s interesting to play along to a song with a different theme in mind,” he says, “instead of just playing how you think the song sounds best and in your own style. In this case, I was playing with a scene in mind or mood I was trying to establish.”