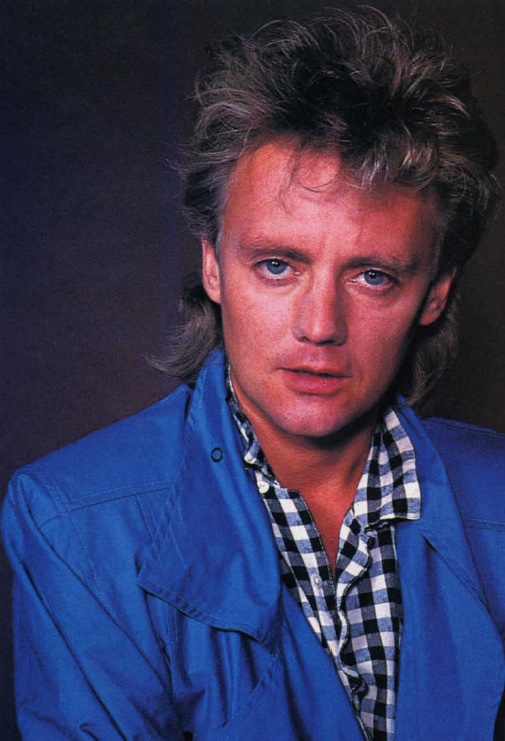 A big part of any successful interview is the preparation that’s done before the actual interview takes place. It’s during this stage that the interviewer gets a fix on the interviewee. But trying to size up Queen’s Roger Taylor proved to be no easy task. As the drummer for one of England’s biggest rock bands of the ’70s—to date, Queen has sold well over 50 million records—it was Taylor’s view of his profession that caused me the most problems. Taylor, I sensed, didn’t like to view himself as a drummer, even though that’s what he’s been since his childhood days. In addition, he sort of hinted that he didn’t know much (or care to know much) about the technical elements of drumming, even though he’s always been a highly respected and wonderfully proficient drummer. But the clincher was that Taylor, at least from what I’d heard from friends in the business, didn’t even like to talk about the drums. Yet he consented to speak with Modern Drummer, of all magazines. A difficult interview? It sure seemed that way.
On the way over to the Manhattan hotel where Taylor and the rest of Queen were lodging, I conjured up a mental picture of Taylor dismissing my questions. If he didn’t want to talk about drums or drumming, what then would he want to talk about? The assumption that most people who listen to rock either love Queen or hate it? Perhaps we’d discuss the problems Queen has had with the rock press over the years. There was always Freddie Mercury, the audacious and often brazen lead singer of the band. Maybe the interview would revolve around the joys of being a rock star? Who knew? Whatever the case, I braced myself for a long afternoon—or a short one, depending on how I looked at it.
As it turned out, Roger Taylor proved to be a most interesting subject. The things I had previously heard or read about him were, for the most part, on target. However, Taylor answered all my questions—even the detailed drum questions—and did so in such a warm, affable manner that it was impossible not to feel comfortable with him. It’s true, Taylor doesn’t like to consider himself a drummer in the traditional sense of the term. And he doesn’t especially like talking about the inner secrets of his instrument and the way he plays it. But he has his reasons, and those, I think, were what made the conversation so interesting.

RS: You’re a drummer who not only plays drums, but sings, writes songs and plays a very active role in the direction that Queen takes. Some drummers might think that’s an awful lot of responsibility. Is it?
RT: No, I don’t think so. I think drummers suffer from a misrepresentation of image too often. Traditionally, drummers have been regarded as the stupid ones in rock bands. It’s a bit unfair, and because of it, being a drummer is a thankless task sometimes. There’s responsibility involved in what I do, but it’s nice to broaden one’s horizon. These days it’s funny, because I think of myself much more as a musician than a drummer.
RS: Why the change?
RT: Well, it’s because I’ve been spending a lot of time in control rooms, I suppose. Also, half my job in Queen is drumming; the other half is singing. I started off as a drummer and then all these things like singing and writing sort of followed.
RS: How do you balance your singing and writing with drumming?
RT: Strangely enough, singing and drumming never bothered me, although I know of drummers who do have problems with the two. See, back when I was in school, the singing bit was forced on me one day when the lead singer in the band I was playing with suddenly picked up and left. We had to do the gig and I had to sing. That’s basically how I became a vocalist. 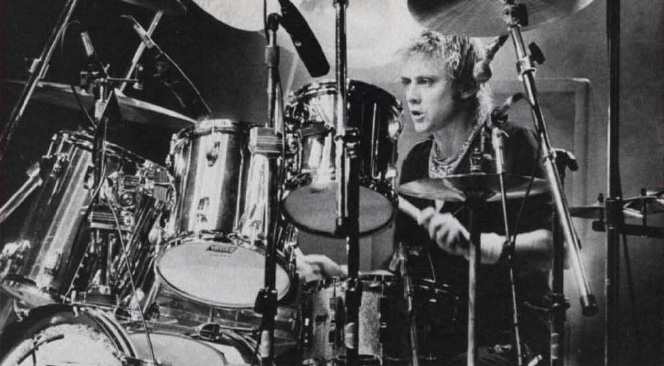 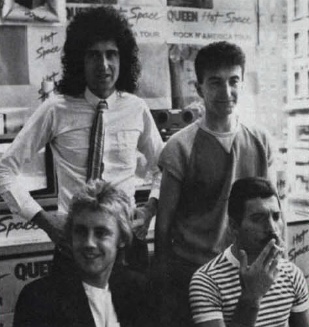 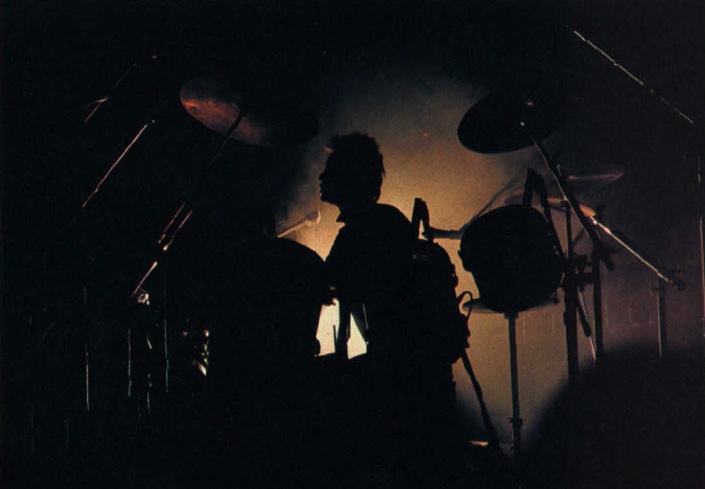 Roger Taylor’s drumming is one of the major factors in Queen’s success. His style can be characterized as straight and strong, yet musical and clever through Queen’s intricate rock arrangements. The examples below demonstrate Roger’s work on some of Queen’s major hits, along with an excerpt from his current solo album. 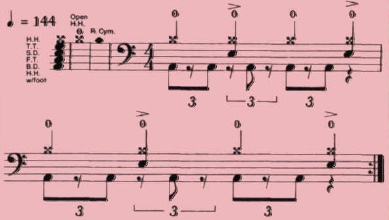 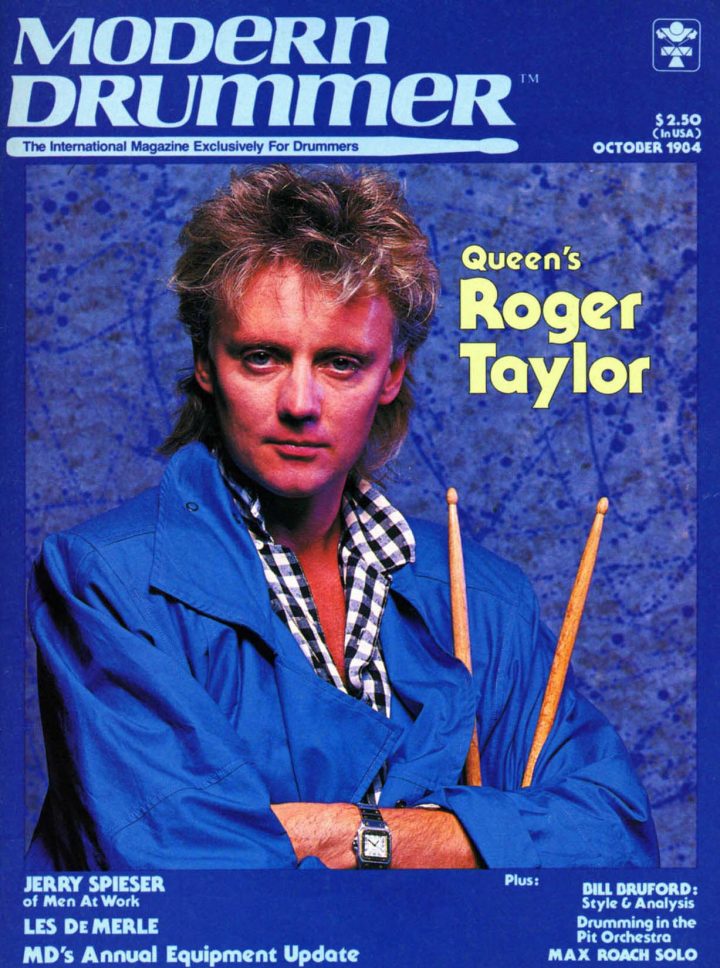 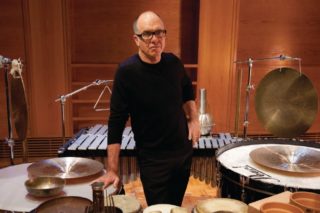 Steven Schick
Story by Will Romano | Photos by Bill Dean