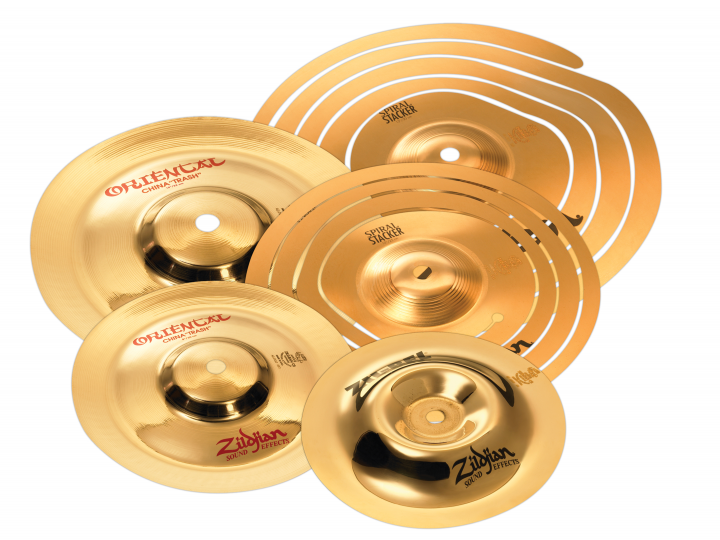 Seizing on the current trend toward drummers incorporating small, trashy stacks and effects into their setups, Zildjian has added 8″ and 10″ Oriental China “Trash” models and created 10″ and 12″ versions of the coiled Spiral Trash, called Spiral Stacker. The company also expanded its thick, piercingly tonal Zil-Bel lineup to include a 7.5″ model with the inverted Volcano Cup. Each cymbal can be played on its own, or you can combine and stack them in different configurations.

These two splash-size effects cymbals are identical to the versions Zildjian has been making since the ’90s, only smaller. Each is made from B20 bronze, has a semi-flat and pronounced bell, and features an upturned outer edge that creates the short, brash tone associated with China-type cymbals.

The 8″ model had a super-fast and explosive attack, a quick decay, and an evenly pitched sustain. It possessed a bit of pitch bend, similar to that of a Chinese hand gong. The 10″ also had an explosive attack, but the sustain lingered a bit longer for a more “crash-like” effect, and the pitch bend was more apparent. Neither was as trashy as a traditional China, but they weren’t gongy or glassy either. They can be stacked on top of one another for shorter, noisier effects or stacked with other cymbals for additional trashy tones.

On the opposite side of the tonal spectrum is the 7.5″ Zil-Bel, which features the unique inverted Volcano Cup that Zildjian originally introduced on its Z3 Ultra-Hammered Chinas. Like the 6″ and 9.5″ Zil-Bels, the 7.5″ model is super-thick, is made from B20 bronze, and has a bright, pure pitch. You can strike it near the cup for a short, articulate triangle-like sound, or hit it near the edge for a long, dinner-bell-type tone. When used tastefully, this specialty cymbal provides a cool contrast to the sharp, trashy vibe of the Oriental China “Trash” and the washy, warm sounds of regular crashes.

The FX addition that allows for the greatest tonal variety and creativity is the Spiral Stacker, which is a paper-thin cymbal cut in a semicircular fashion and designed to be stacked on drums, crashes, rides, and Chinas for a wide range of sounds. It’s made of more affordable B8 bronze and is available in 10″ and 12″ sizes. We were sent a 10″ version.

Our first experiment was to put the Spiral Stacker on top of a set of 14″ hi-hats. This created a really funky, layered sound that retained the expressiveness and open/closed texture of the hats while adding a flanger-style effect. You could also strike the Spiral Stacker for a whip-like response.

Next we placed the Spiral Stacker on top of 16″ and 18″ A series crashes. The basic bright, clean tones of the crashes remained intact, but the sustain was shortened and the fluttery flanging effect caused by the Spiral Stacker was very pronounced. On a 20″ A series Medium ride and on a thinner and darker 22″, the Spiral Stacker provided a strong rattlesnake-like hiss while also making the ride much more articulate.

For very short, trashy sounds, the Spiral Stacker worked great when placed on top of smaller Chinas, like the 10″ Oriental. That configuration added a unique visual element; each time I struck the Stacker, it uncoiled several inches toward me and then recoiled back onto the China. The Spiral Stacker is also a much better option for creating industrial, trashy, metallic backbeats when placed on the snare. In that application it was more stable than a regular splash (it didn’t jump off the drum as easily), and there was a greater variety of usable sounds, depending on whether I struck the bell, the spiral section, or just the drumhead. You need one of these. 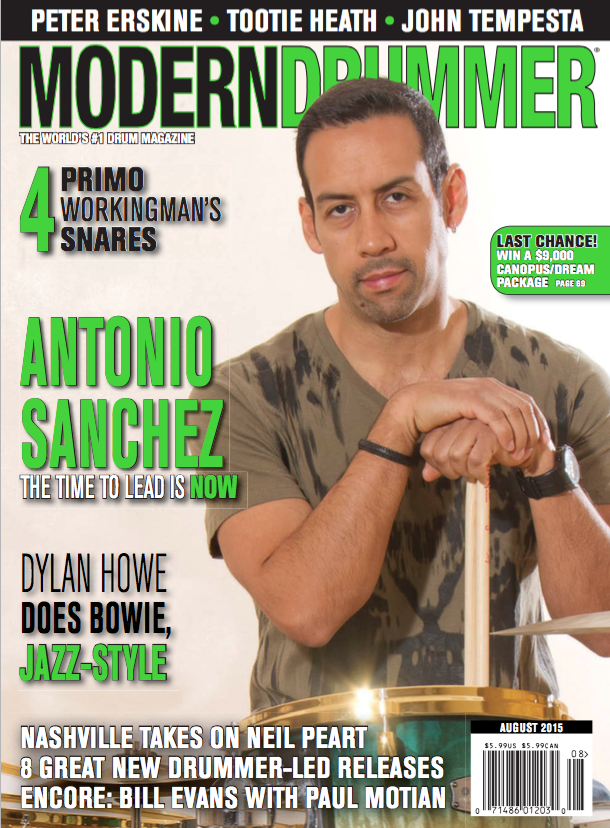 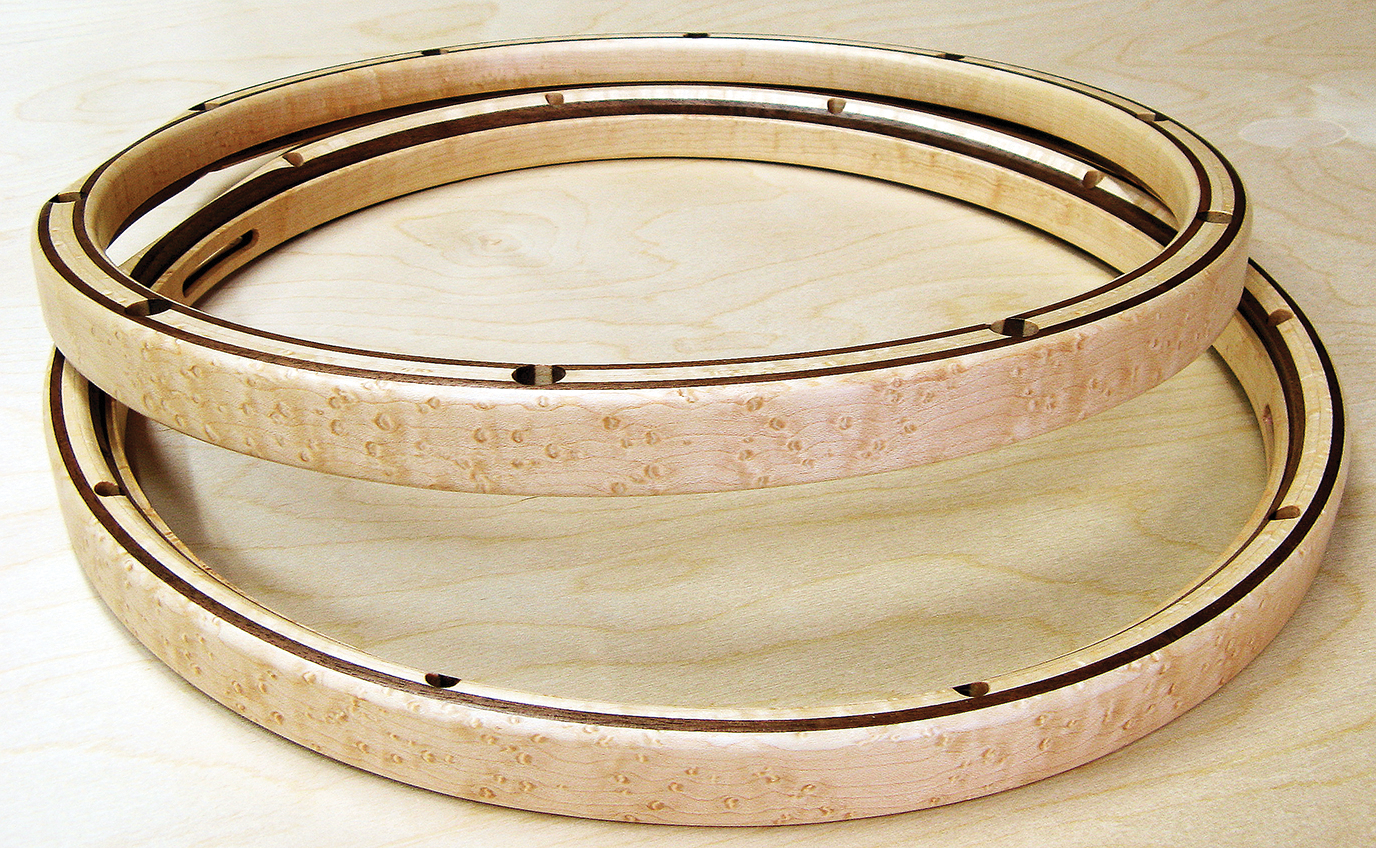 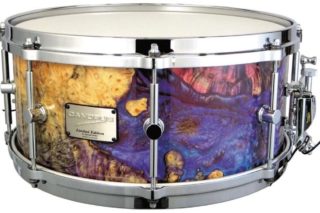 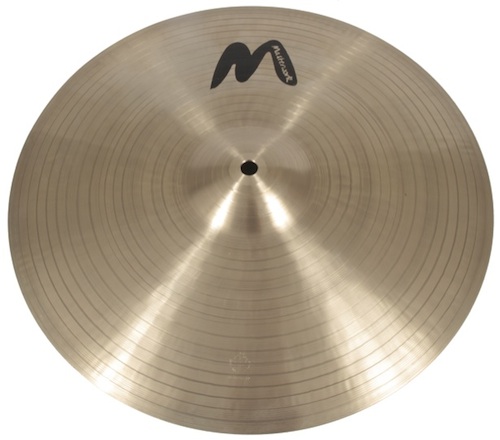 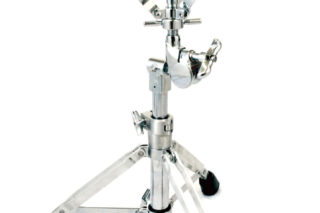