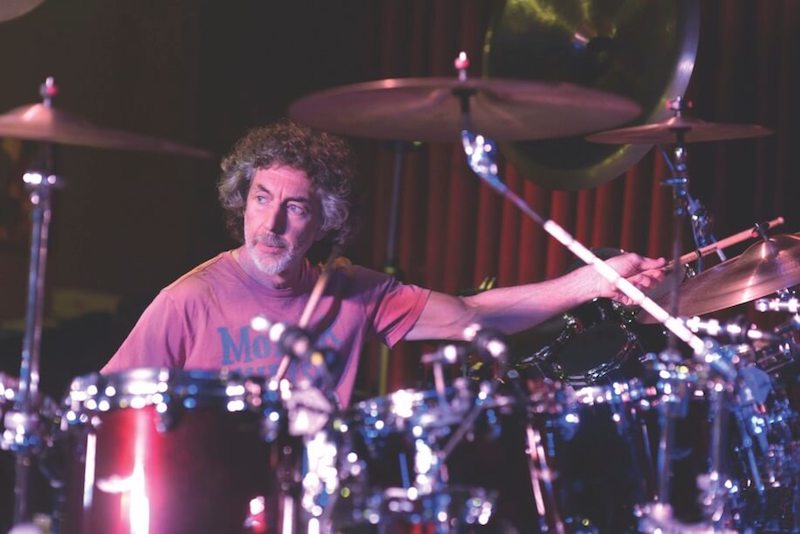 While in Los Angeles, Simon Phillips uses this Tama Star kit, which is one of three setups he keeps in rotation. “I use whatever is available,” he says. “It’s all down to logistics. I’ll ship them out to various places, so I get there, play, and then the kit comes back.”
Discussing the evolution of his current setup, Phillips says, “The biggest change I made was back in 2012, and that was adding the little popcorn snare. That came about because of a recording session [for which] I decided to use my Ludwig Octaplus. I hadn’t played it for a long time, and I thought that it might be cool on those sessions. That kit has concert toms from 6″ to 16″. The 15″ and 16″ are mounted toms, and the floor tom is an 18″. I noticed there was a bit of a gap between the bass drum and the floor tom, so I thought it would be cool to slide in a little 10″ drum.
“I enjoyed playing with that setup so much that I decided it was time for a big change,” Phillips continues. “Instead of using three floor toms, I asked Tama to send two Star- Cast mounts, two hoops for the 15″ and 16″, and a double tom-tom holder. When they arrived, I ripped the heads off the toms, took the legs off, put the new hoops on top, and mounted them on the double-tom holder. Then I moved the 18″ into the position that it was with the Octaplus. I’ve been using this setup ever since, and it’s absolutely fantastic.” 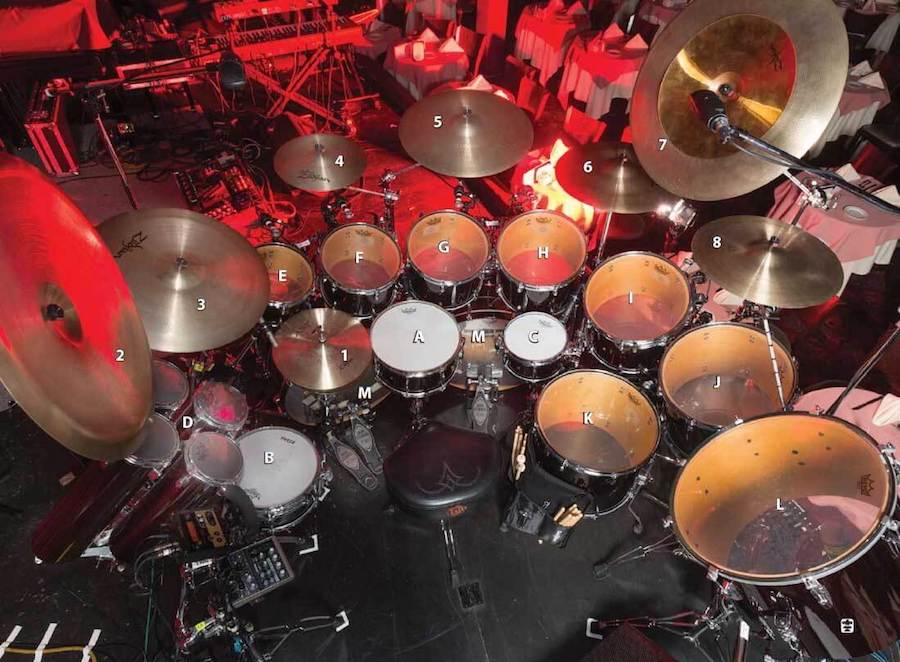 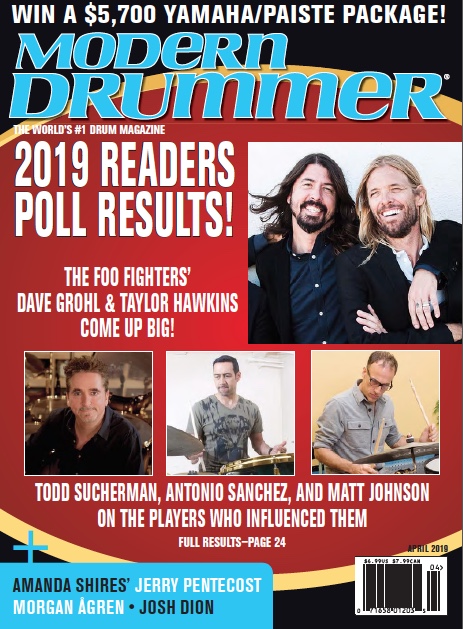 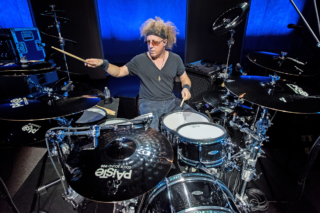 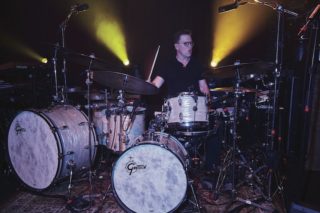 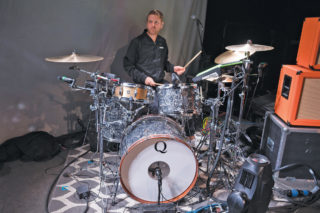 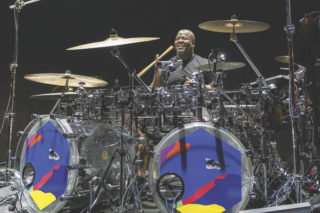