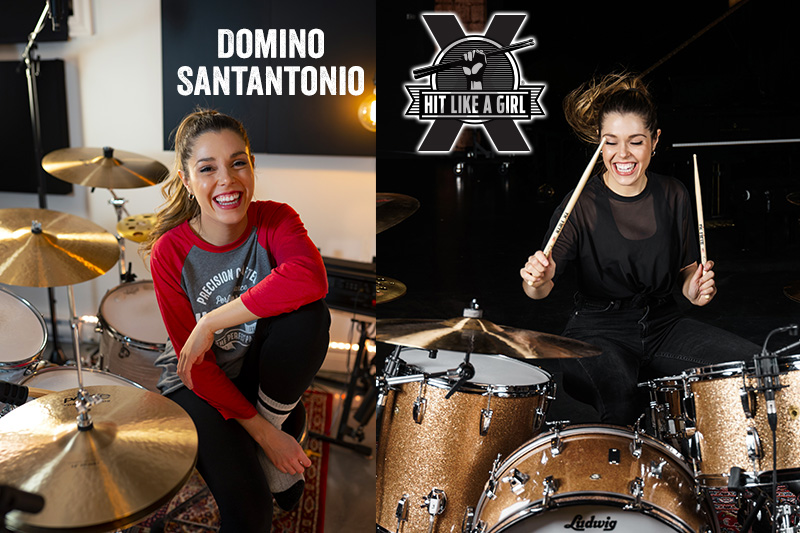 Domino Santantonio is a 29 yr old drummer and social media sensation from Montreal, Canada. Domino comes from a family of musicians, her father is also a drummer and she started playing drums seriously at age 16.

Domino enjoys playing all different types of genres of music but her forte is pop-rock. When asked about her influences she said she has many but one of her early influences was Steve Jordan.

For the last seven years, she has been touring, recording and performing with some of the top-selling artists in Quebec and was also the drummer for several big shows. In only a year, she has gained impressive visibility on social media with a total of more than 950K followers. Her videos on TikTok, YouTube and Instagram have reached over 50 million views and were shared by international artists. She was recently chosen to be part of the new TikTok Canada campaign « It Starts On TikTok » which is currently on billboards across Canada and broadcast on Canadian National Television.

Domino participated in the Hit Like a Girl Contest in 2015 and she is a Finals Judge for the HLAG X 2021 contest!

Connect with Domino on her social media pages:

To check out or enter this year’s 2021 HLAG X Contest (there is still time, so hurry entries close on April 11th, 2021) visit their website: https://hitlikeagirlcontest.com/