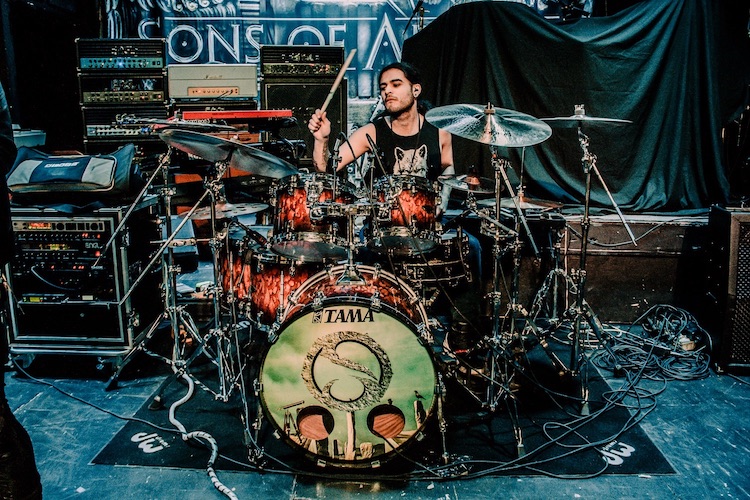 Hi MD readers, Joey Aguirre here and I play drums in a progressive metal band called Sifting. It’s an honor to be featured here “On The Beat!”

I started playing drums when I was eight years old. I moved to LA at sixteen to study at Musicians Institute in Hollywood. I’ve played with many bands since living in LA, but I joined Sifting in late 2017. Our first gig was in Quito, Ecuador, opening for the band Tarja. Originally I was just subbing for Sifting’s drummer at the time, but after that gig it was clear to us that we had to keep playing together. Since then we’ve toured the US supporting Dayshell, Eyes Set to Kill, Prong, Powerflo, and Sons Of Apollo, with Mike Portnoy on drums, so that was an amazing experience with one of my heroes!

Our new album, The Infinite Loop, is already out under Eclipse Records and so far the response has been amazing. We’ve been getting reviews from metal outlets all over the world, including Metal Injection and Blabbermouth, and the album has been labeled a “prog masterpiece.” We racked a lot of views on our video singles, and one of our songs “Stop Calling Me Liberty,” got picked up on Sirius XM’s Liquid Metal and was on the “Devils Dozen” for five consecutive weeks, amongst some of my favorite bands like Slipknot, Ozzy Osbourne, King Diamond, and Killswitch Engage. It was definitely a pleasure to see our hard work pay off. It’s pretty surreal when you hear your song on the radio for the first time, especially being selected in the top-twelve for more than a month. Massive thanks to Jose Mangin for being dope!

I recorded drums on Distant Echoes and Close Encounters, the latest album by the Canadian duo Aurganic. I also play drums in a band called Vile A Sin, a horror metal band from LA. Our new album Blood Fiend has been receiving great reviews, and it’s been featured on both Decibel and Power Play magazines. Two of our songs, “Crimson Lust” and “The Return,” were handpicked by the legendary Glenn Danzing (the Misfits, Samhain, Danzing) to be featured on his latest movie Verotika. Our latest music video, “Carnival Of Souls,” features actress Naomi Grossman from the FX horror television series American Horror Story. It was really cool to get to meet and hang with her.

and “A Critical Affair” here

For more on the bands Sifting and Vile A Sin, visit www.siftingofficial.com and www.vileasin.com. 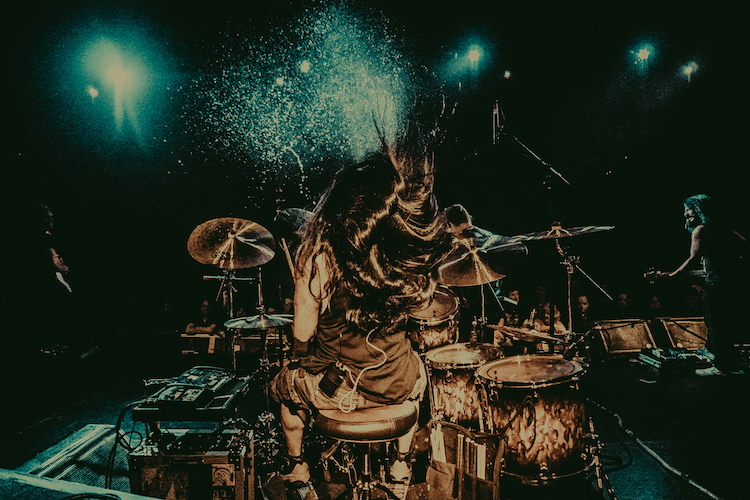