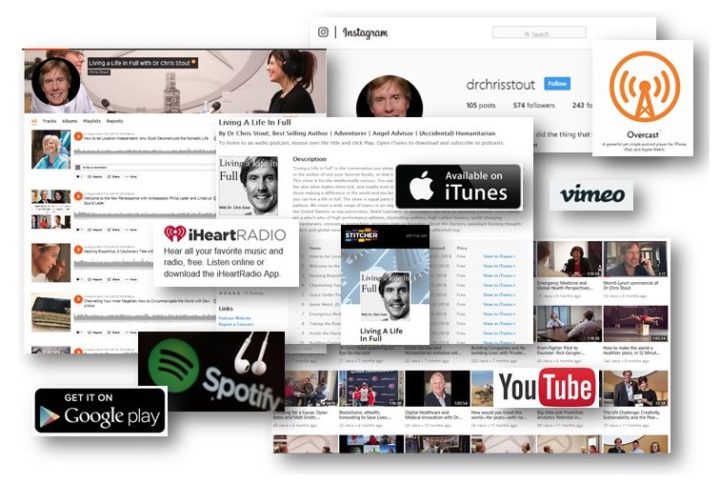 Music, Technology and Writing Spun into Gold (and Platinum) with David Frangioni

Episode 036: Music, Technology and Writing Spun into Gold (and Platinum) with David Frangioni

David Frangioni is quite the polymath—as he is an entrepreneur, award-winning veteran of the music industry, technologist, producer, engineer, author, and perhaps most fundamentally, a drummer. He is the Founder of Audio One and CEO of Frangioni Media and All Access IDA (Inspire and Develop Artists).

He has dedicated his life to designing and building world-class studios, production facilities, and innovative music technology solutions in order to produce music and develop artists, and just recently he became the publisher of Modern Drummer Magazine.

He was the chief technologist for Aerosmith for over a decade, and gained worldwide notoriety as the technologist for Ozzy Osbourne after having built two studios and multiple home automation systems for the rock legend, and also appeared in multiple episodes of the hit MTV show “The Osbournes.”

As a philanthropist, he served as a Board Member and Musical Director for the Little Dreams Foundation with Phil Collins. He has also participated in Musicians on Call, worked with the Irie Foundation, and established the Frangioni Foundation—a non-profit which David established that helps children in need through faith, music, mentoring and, of course, drumming.

David overcame eye cancer as a young boy, leaving him with one eye. Music and drumming became a way to grow into adolescence and was formative to playing gigs around Boston at the age of 12, and at 16, starting a consulting business.

In the mid-1990s, he founded Audio One and in the show describes some of the projects he’s taken on as well as new technologies are on the horizon. All Access IDA has worked with a deep bench of artists and musicians that are the result of David’s coaching and development.

David also has literary chops as evidenced by having written three bestsellers, including Clint Eastwood: Icon: The Essential Film Art Collection: Revised and Expanded Edition and Crash: The World’s Greatest Drum Kits From Appice To Peart To Van Halen.

So for the Icon book, it features rare photography and never-before-seen content based on his collection of film art and material representing Clint Eastwood’s career. He discusses how he goes about selecting and acquiring pieces for the collection, which has more than 10,000 pieces at this point.

Crash, it has been described as “…the definitive illustrated history of the drum kits of rock ’n’ roll legends and the ultimate photographic guide to the world of rock ’n’ roll’s most famous drum kits.  Featuring images from live concerts, outdoor festivals, and private recording sessions, this spectacular volume captures the personal connection between artist and instrument.”

I have to say, it is beautiful and the research and writing is amazing. He goes deep in noting the makes and models of each kit, a commentary about the history of the kit, its special characteristics, as well as its significance to rock history. It’s great to get the backstories and the histories, and even see the “back then” and current shots of the musicians. Carl Palmer of Emerson, Lake, and Palmer authored the Foreword and Eric Singer of Kiss wrote the Afterword.

David lives his life in full in by creatively blending technical innovation in music elegantly with photography, art and writing. He’s an inspiring and generous humanitarian we can all learn from.

Living a Life in Full is like a gym membership for your brain.