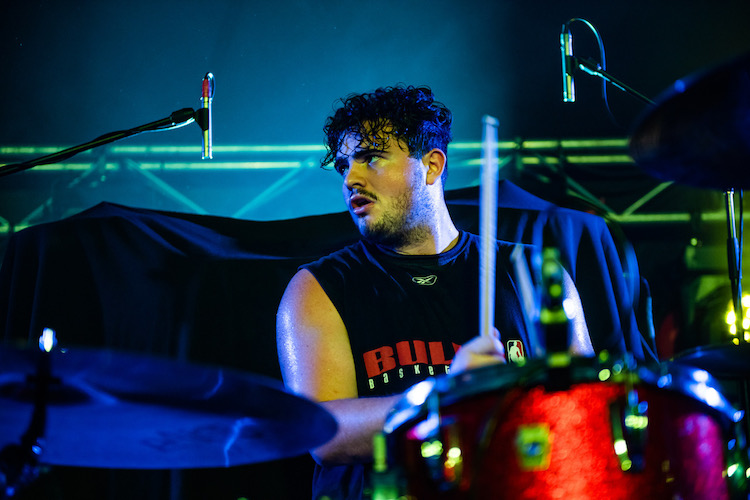 Supporting the Music and Playing Freely

Hi MD! My name is Connor Brodner and I’m a Chicago native and a founding member of the band Twin Peaks. Live performances have always been the biggest part of what we do as a band. It’s what we spend most of our time doing, it’s how we make most of our money, and it is what has made us into the group that we are today. In my mind it is the only way to build true chemistry within a group. It also has to be, hands down, the best part of being a drummer to me. To play live in a way that both supports the music and pushes you to play freely is a balancing act.

When playing in a group, your main job as a drummer is to support the music the best way you can. You’re trying to promote the vision behind a song with your playing, while at the same time trying to satisfy your urge to really play freely and express a piece of yourself through that performance. To me, playing freely doesn’t necessarily mean taking some big solo, or stepping on the toes of anyone else in the group. In my experience, playing freely is more about putting your style into a song, or giving it some nuance that reflects you as a player. When you’re out on the road playing some of the same songs one hundred plus times a year, being able to do that is what keeps you loving what you do. For me that was one of the harder things to accomplish as a player, it forced me to let go.

Up on stage it’s easy to be in your head about the fact that hundreds or thousands of people are watching you and if you make a mistake you’re done for. That led me to be less focused and more inhibited during performances. Letting go of thoughts like that is what enabled me to become the type of player I wanted to be though. Before that I was playing the exact same thing every night at every performance. I was really trying to find a way to get out of my head and just play. 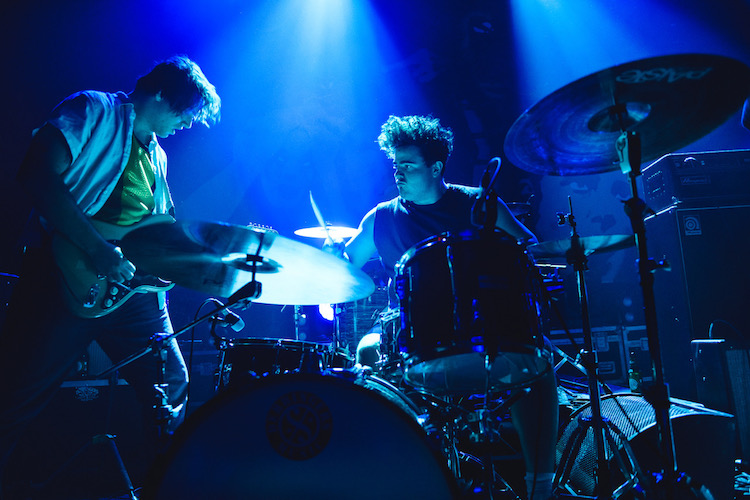 At some point I remembered what an old jazz band instructor told me about performance. He said something like, “Performing live is one of the most human things we get to do as musicians. It is a privilege. Making mistakes is a big part of being human, so it’s inevitable that at some point it’s going to happen on stage. It’s the way that we push through and keep on playing that defines us as performers.” That gave me a newfound confidence that allowed me to really be myself behind the kit, and that showed through in my playing. I had to push myself to trust my hands to do all the talking for me. Since then I’ve found myself playing some of the best shows I have ever played, and I enjoyed each and every one of them.

Thanks for reading. See you on tour!

For tour dates and more on Twin Peaks, visit twinpeaksdudes.com.