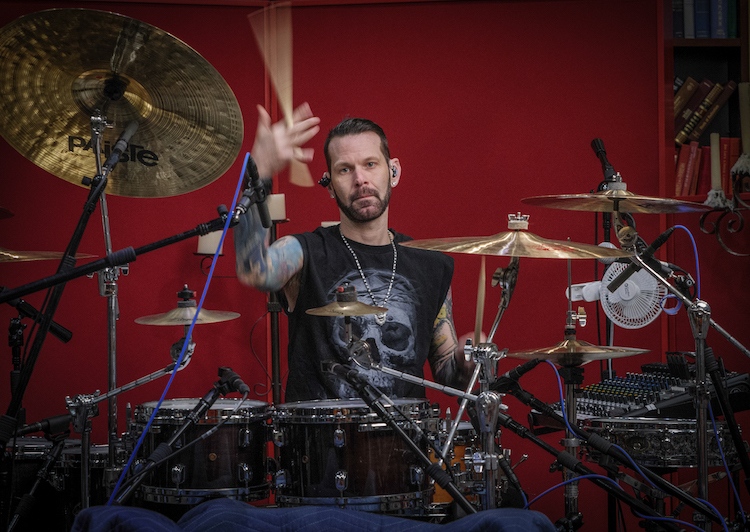 On Audition and Latest Album Release

Hello MD! Lets start and go back to 2011 when I was playing with Black Label Society, a great band and great people. We were on tour with Judas Priest as headliner, with Black Label as main support and a newly reborn Thin Lizzy as the opening act.

I had been a fan of Thin Lizzy since I was a kid. It was my dad who first turned me on to them all those years ago. Every night all three bands went out on that stage and killed it! And every time I watched them, I kept thinking, “Where have these guys been all these years?” I got to know them a little on that tour and they were all really cool guys. They even kindly signed a drumhead and some other stuff for my dad. I had it framed up nicely and it hangs in my parents’ home to this day.

In September of 2017, I got word that Black Star Riders were looking for a replacement because Jimmy DeGrasso was leaving the band. Knowing that they are the band that evolved out of Thin Lizzy, this sounded like it could be great. The auditions where taking place on the West Coast and I was visiting my parents on the East Coast. I spoke to BSR management and they were interested in hearing and seeing what I would bring to the table. After explaining my situation at the time and coupled with the timeframe that they were working with, the only real solution was for me to film my audition and send it to them for review. Not the ideal situation to be sure, but I needed to take my shot. 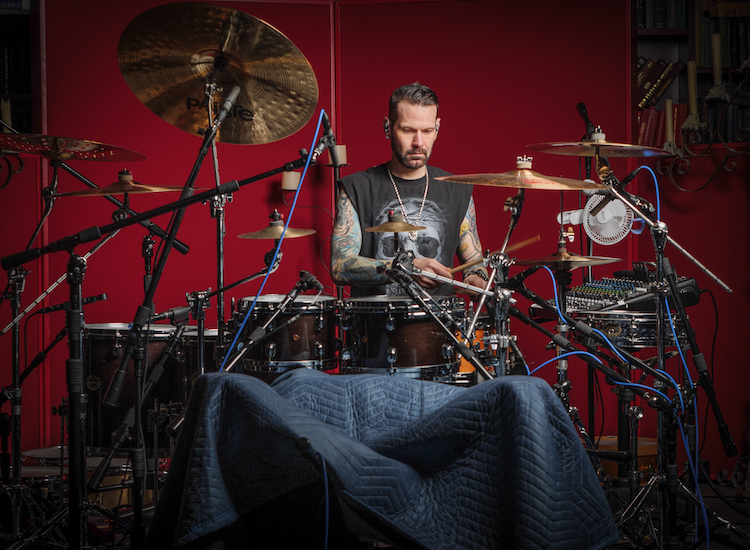 My dad has a kit set up in a recreation room in their home. I used my phone to film myself playing the tracks they had asked me to learn and off I went. It was pretty decent, all things considered. After finishing up, I reviewed all the footage and then I saw it. Right behind me, on the wall above where I was playing, was that framed Thin Lizzy drumhead I got for my dad. I hadn’t even noticed it was there! I thought, “Should I redo the video? Will they think I am sucking up or something?” I decided that my love for that band was genuine and decided that I would leave it.

I sent the files to management for review. Turns out that my parents don’t really have the greatest Internet connection at their place. As a result, it took the better part of sixteen hours to send the files over! But at last the task was done and they told me they got the files. They liked what they saw and I was offered the throne.

It is now a couple of years later and I have had a fantastic time touring with these guys and making music all over the world. I am particularly excited that on September 6, the first Black Star Riders album with me playing drums was released to the world. I think it is an amazing piece of work and I can’t wait for you all to hear it! Even better, in early October we are taking the show on the road once again and get to play some of these new songs for all of you. I look forward to seeing all your smiling faces out there! Thanks for reading! God Bless.