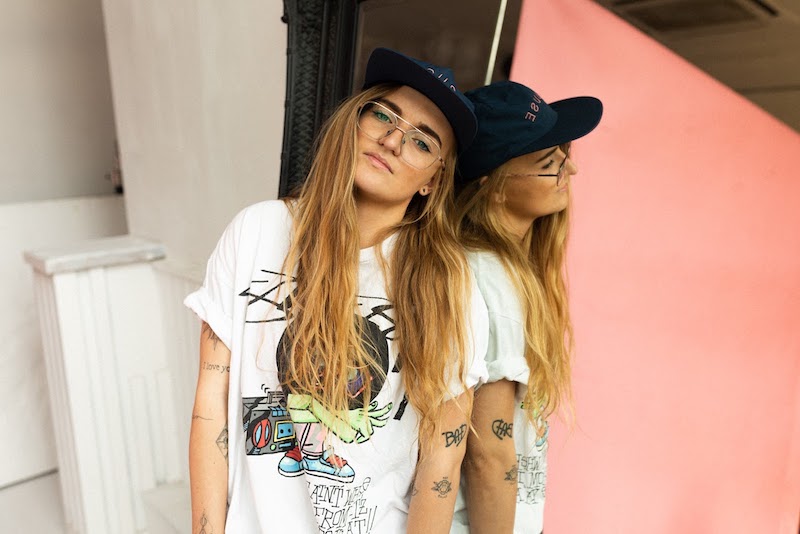 Hi MD! My name is G Flip and I’m from Melbourne, Australia. Drums have always had a special place in my heart. I started my musical career as a drummer doing sessions, playing in local bands, and teaching. I’m also a singer, songwriter, and producer.

My uncle bought me my first drumkit at age nine after I was weirdly obsessed with my older cousin’s kit. I’m convinced this gift changed the trajectory of my life. I began drum lessons in high school and my drum teacher, Jenny Rose Morrish, became my absolute idol. Anything she did I wanted to do. She played a Yamaha kit so I bought a Yamaha kit. She played Vic Firth SD4 Combos, so I did too. I wanted to be exactly like her. She really molded me as a drummer and also as a person. She inspired me so much and I always wanted to impress her.

Drums were my favorite instrument throughout high school and I started teaching myself keys and guitar. This is when I started writing my first songs but I never showed anyone, as I wasn’t confident enough to sing in front of people yet.

After high school, I completed a Bachelor of Music majoring in drums. To make money on the side I worked at the local drum shop for six years, often servicing and tuning local and touring musicians’ drumkits. I taught drums for nine years and started my own teaching business with forty-plus students. I DJ’d at local clubs, pubs, and events and ran band nights across Melbourne in my late teens.

I played drums in bands from age fourteen, but no band quite made it or took it seriously enough. I saw online that a local rock band called Empra was looking for a drummer and had US and Asia touring plans. I wanted to play for them more than ever. At the audition all the candidates were asked to learn three of the band’s songs. I learned every song that I could find online and also the backup harmonies. I rehearsed setting up my drumkit in under four minutes so I was the quickest. I also rehearsed any questions they would ask me. I was up against twenty dudes going for the spot. They called me straight after the audition when I got home and I got the gig!

The following year we went on a three-month tour of the US. It was the most fun I ever had. However, when the tour ended so did the band and we all went our separate ways. For me, I took this as a sign to have a crack at a solo career. My family and high school friends had always been telling me to go solo and for years I’d been thinking about it and I was starting to become more confident at singing. I’d also been writing songs since I was fourteen years old that were never used.

In late 2016, I sent crappy piano and vocal demos around to producers I wanted to work with but no one replied or wanted to work with me. I decided I would learn how to produce and do it myself. I could hear all the sounds and melodies in my head but just didn’t know how to put it together. I bought Logic Pro X and some various other equipment, and made a bedroom studio. Throughout 2017 I wrote and produced more than two hundred songs in a task to get five to ten ripper tunes to email managers, labels etc. on a secret SoundCloud link. Nearly everyone I emailed replied.

The first song on this SoundCloud link was “About You,” which I released in March 2018, and life as I knew it completely changed. Before it was officially released I put the song on the Australian radio website Triple J Unearthed and the song went viral almost instantly and I lost my mind. All of the sudden I was a full-time musician. And it all started with my love for the drums as a child. 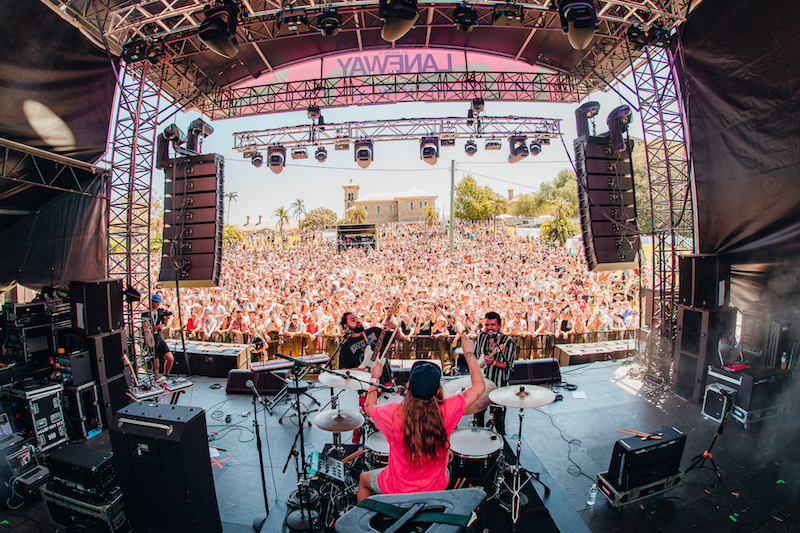 When performing on stage as G Flip, I rotate instruments with my bandmates, who are also multi-instrumentalists, moving between drums, guitar, bass guitar, and keyboard while singing. Because of my drumming background, when writing songs I tend to write singing melodies in rhythms. My music, whilst in the pop genre, is very percussion heavy. I’m very happy to say that on August 30, 2019 I am psyched to be finally releasing my debut album, About Us.

For my go-to gear, my sticks of choice are Vic Firth 55A—these bad boys can go the distance and never let me down no matter how hard I smack. My favorite pedal is the DW 9000—it’s super reliable. The Reflexx practice pad is my favorite pad that I’ve found and I also have a drum key attached to my car keys. Thanks for reading!

Watch G Flip perform “About You” at St Jerome’s Laneway Festival 2019 in Brisbane.