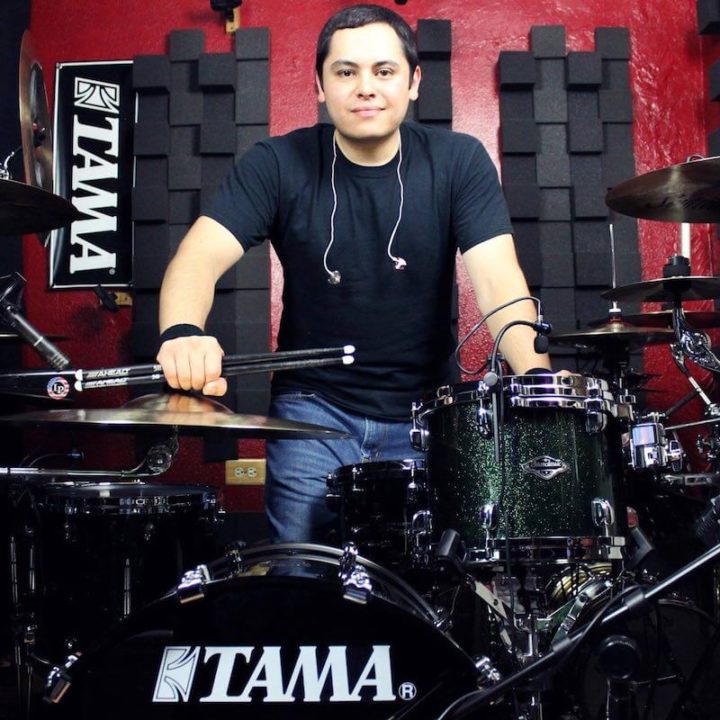 Hello readers of MD! It’s an honor to be featured “On The Beat.” I have always enjoyed reading Modern Drummer, and it’s awesome to share my story with you. My name is Manny Pedregon and I’m from the border town of Agua Prieta, Sonora—Mexico and Douglas, AZ. I am a self-taught drummer and started playing at the age of six. Stewart Copeland (the Police), Alex Gonzales (Mana), and Tommy Aldridge (Black Oak Arkansas, Ozzy Osbourne, and Whitesnake) mainly influenced me.

As a drummer looking for an opportunity in social media I started uploading videos to YouTube in 2014, obtaining immediate international popularity in my debut year gaining 1,000,000 views. It was something that I never imagined happening. Working two consecutive years in YouTube gave me the opportunity to endorse international companies, attend the NAMM convention, and reach out and establish great contacts in the music industry. I am truly blessed and thankful for all the support that has been provided throughout the years of hard work.

In 2016, a life changing opportunity came across when I was invited by Swedish guitar player Sebastian Svenonius to collaborate on covering several songs for our YouTube channels. I mentioned to Sebastian that it would be great to create a unique project that would involve four musicians from different countries creating and writing their own music.

I decided to start the journey by producing our album in its entirety from scratch. I started writing music and lyrics and sharing ideas via emails and messages. Due to different times in each country, dialogue was difficult, but the desire to continue creating music was always there. In 2017 and 2018 we found our lead singer Dan Pierson (UK) and bassist Joseph Morales (USA). Intense work was completed daily and I knew we had accomplished something magical despite the obstacles of not being physically together during the recording process. We completed our album in early 2019 and it was released on April 30 in all digital platforms and physical forms.

My task in producing the album was to manage each session, polish each track, and get the best performance from each of the members in the band. I recorded drums, percussion, and keyboards and also arranged all eight tracks with Svenonius. Dan Pierson became co-arranger with his vocal work. It was not an easy task, but I kept pushing day by day for the album to become a reality. The result, after a three-year process with four musicians from four different countries creating their own music without even knowing each other, is our debut album “Prisoners of the Island.” Impossible is a word that does not exist in our vocabulary; everything is possible with love and determination.

Thank you for reading my Modern Drummer family!

“Prisoners of the Island” by the Ransom