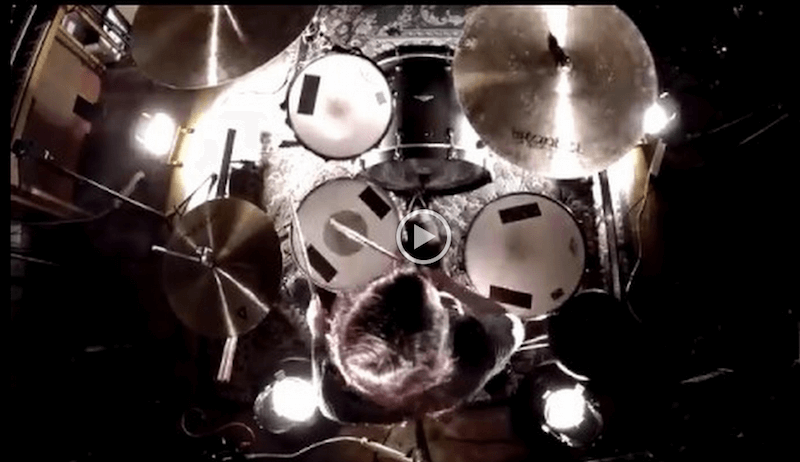 Jess Gowrie, drummer with singer, songwriter, and instrumentalist Chelsea Wolfe, has graciously allowed us to premier her drum play-through video to the track “Vex,” from Wolfe’s most recent album, Hiss Spun.

“Vex is one of my favorite songs to play live,” Gowrie tells Modern Drummer. “The beat is hypnotic and driving at the same time. For me it’s one of those beats that when you start, you have to turn your brain off and not think about it too much, especially because live I tend to play it faster. So it’s all muscle memory at that point. When the half-time end of the song comes, I just literally cut the beat in half to maintain that groove but allow more space for the heavy breakdown.

“I wanted this video to match the vibe of the song,” Gowrie adds, “with low lighting but with quick edits to match the beat. The most important thing I tried to capture was the power this song has, especially for the end of the song. With the intensity of the white lighting and the cameras above me, I think we were able to do just that. This video has more cameras and more angles than my other play-through videos, to really show a drummer’s perspective. It was rad to make, and I hope people enjoy it.”

For much more with Jess Gowrie, check out our November 2017 interview with her.