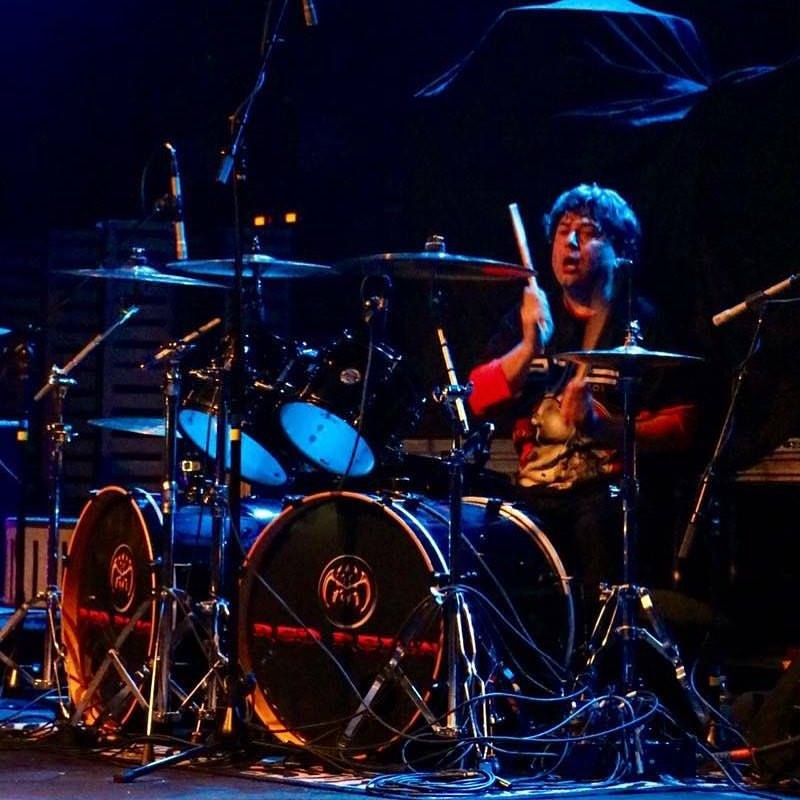 Talking About Self-Titled EP and Gear

Hello Modern Drummer readers! My name is Sammy Lee, and I’m the drummer for the melodic hard rock band Red Reign. The band was founded back in 2013 in Richmond, Virginia. I would like to thank Modern Drummer for giving me the opportunity to introduce us to all of you.

I started playing drums at the late age of fourteen as a huge Van Halen fan watching VHS videos. After playing in quite a few cover bands I realized I wanted more; I wanted to be in a band that wrote and performed all original music. I have been lucky to find three other musicians who share that same vision: Bubba McMichael (lead vocals/guitar), Larry Moore (bass/back up vocals), and Stevie Shred (lead guitar/back up vocals).

In the fall of 2016 we signed with Chipster PR and Consulting, Inc. and were quickly introduced to producer David Ivory (the Roots/Halestorm). After presenting David with our ideas, we quickly began the process to get the songs ready and six months later we began to record what is now our five-song self-titled EP Red Reign.

Soon after the release of the EP in 2016, we started to tour and play shows with some of our favorite acts including Lita Ford, Quiet Riot, Kix, Jackyl, Tesla, and Dokken. Moving forward, we are looking to book more shows in 2019, while continuing to write and record new music.

Thank you for taking time to learn about my band and me.