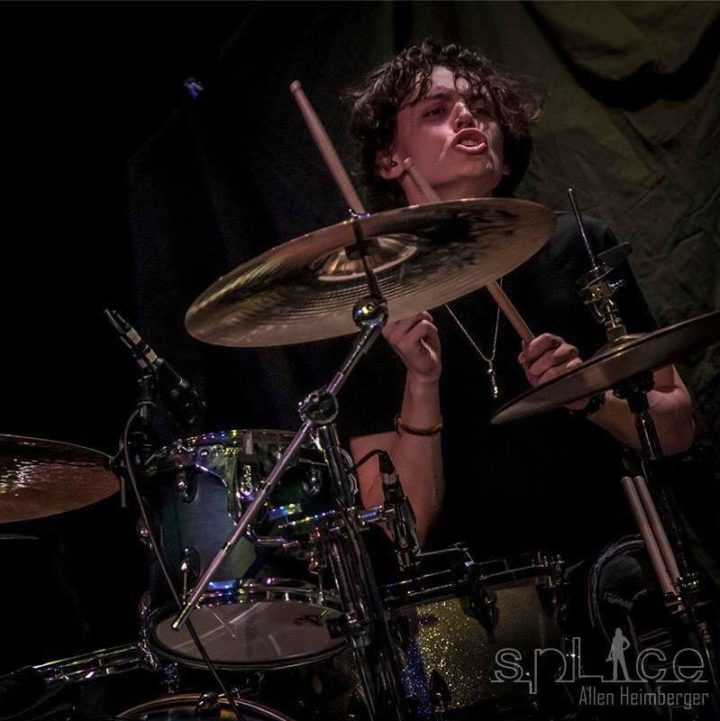 Talking About Tours, Influences, and Gear

Hey, everybody! First, I want to thank Modern Drummer for inviting me to be featured here “On The Beat!” Hopefully it’s the first of many more to come.

I’m a nineteen-year-old drummer from Cincinnati, Ohio, currently touring with solo artist Mick Blankenship. We’re out supporting his debut album, Crown of Apathy. John Moyer of Disturbed co-produced and co-wrote several tracks and Bumblefoot is featured on one of the tracks as well. We are currently touring with Puddle of Mudd, including some of the MuddFest shows featuring Saliva and Saving Abel.

I started playing drums when I was eight years old. I grew up on everything from Led Zeppelin to Metallica and I just wanted to play rock, especially hard rock. In high school I was semi-forced into playing in our jazz band since there weren’t many drummers. However, it opened a new world of playing and I discovered artists like Dave Weckl, Thomas Pridgen, Vinnie Colaiuta, and more. Some of my rock influences are Dave Lombardo, Vinny Appice, Matt Garstka, and Morgan Rose.

In addition to touring with Mick Blankenship, I also play with Nigerian percussionist Baok Moses, a world fusion artist. I will also be recording a couple of tracks on an upcoming jazz album with Scott Moughton (Geoff Tate guitarist). I’m very fortunate that I get to play with such a diverse group of musicians and cross over various genres.

Here’s our first video for Mick’s single “Transcend the Machine:”

For a list of upcoming tour dates and information you can find the band and Dan at www.facebook.com/danlaverdedrums/, www.mickblankenship.com/tour, and @danlaverdedrums on Instagram.

To check out the album, visit https://mickblankenship.com/album/684136/crown-of-apathy.