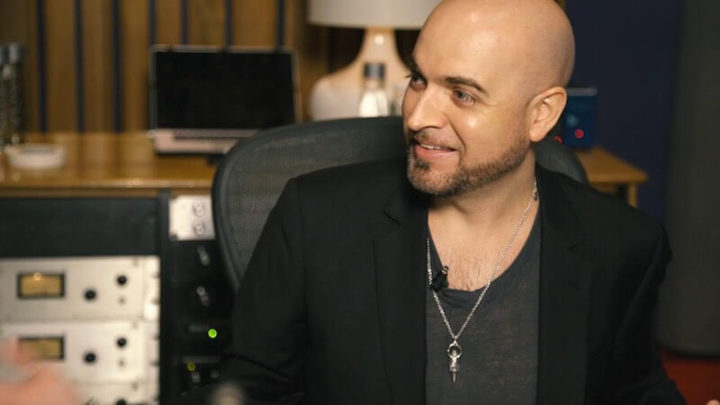 Hello Modern Drummer! My name is Mario J. McNulty and I am a producer/mixer based out of New York City. What an honor to be writing this “On The Beat.” I started my musical life as a drummer, and of course I’ve been reading MD since I was a kid. I played drums in many bands during my teens, and then quickly got the ear for the sound of records, so I drifted in that direction. Drums are still a very big part of my life and I love recording them, mixing them, and if I’m lucky, playing them on occasion.

This “On The Beat” is quite specific as it’s primarily about the new David Bowie album I re-produced based on David’s wishes called Never Let Me Down 2018, as part of the Loving The Alien box set. I was very lucky to assemble an incredible group of musicians to form the new band for the album—Tim Lefebvre on bass, Reeves Gabrels and David Torn on guitars, Steven Wolf programming two tracks, Nico Muhly handling string arrangements, and Laurie Anderson with a guest vocal. Extra special are the new acoustic drums played by long-time Bowie member Sterling Campbell, who is featured in MD’s March issue that is out now. I’ve known Sterling since around 2002. We met at Looking Glass Studios in Manhattan where David was working frequently, and I was lucky to get a gig there. Sterling was my first phone call when I found out about this project. I’ve been so fortunate to work and record with Sterling for many years now, but this album might be the most memorable for me.

I recorded all the rhythm track sessions myself at Electric Lady studios in NYC in March 2018. Due to scheduling, I could only have Sterling and Tim play together, and had to wait for the other musicians to come to New York. Sterling and Tim had already played on another project and had a great vibe and feel in the studio. The recording was a breeze with those guys and it was pretty special to have them playing in the big room at Electric Lady together.

Both Sterling and I love playing and recording our Zildjian cymbals. I have my own personal collection and Sterling has his; between that and what was on loan from SIR, we had a fantastic selection of cymbals to choose from for each song.

One of my go-to favorite Zildjian cymbals is the K series 19″ Dark thin. This crash has been around a long time; I never mess with a classic! I love the dynamics of that cymbal, and how sensitive it can be when you need that. I also love the K Constantinople series, especially the rides and hi-hats. They make the recording so much easier; the cymbals are warm and musical and never have a bad tone. I should also mention that my go-to pre-amps for recording cymbals and drums are vintage series Neve modules. For people looking to record, that is a great place to start.

I hope everyone can check out this new Bowie album that is quite unique. It’s available in the box set, but also on all the streaming platforms. Thank you to Billy Amendola and Modern Drummer magazine!

Watch Bowie TV: Episode 15 with producer Mario McNulty talking about how he produced “Beat Of Your Drum (2018)” here

For more about Mario, visit jdmanagement.com/mariojmcnulty/.