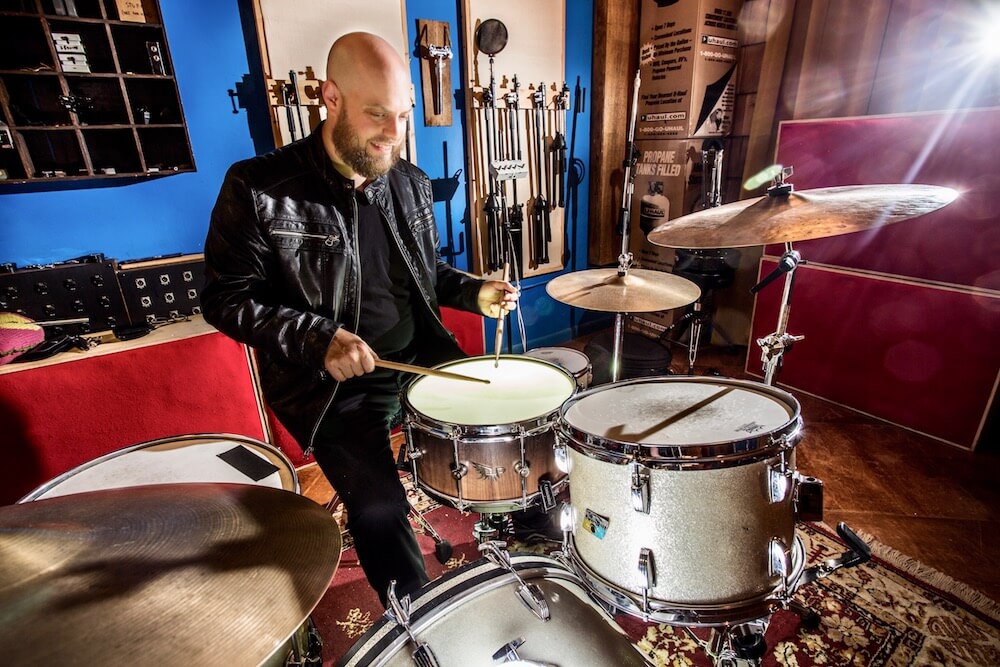 Hello Modern Drummer readers! This is my fourth time being featured here “On The Beat,” and I’m excited once again to share some of the things I’ve been up to.

As I write this, I’m sitting on an airplane on the way back from performing with the group Doll Parts at the Hollywood premiere party for the Dolly Parton/Jennifer Aniston Netflix movie Dumplin’. We did a tribute program of Dolly’s music, including some classics, deep cuts, and a few new tunes she wrote with Linda Perry for the movie soundtrack (which is excellent, by the way).

It was a bit surreal to play while a bunch of random celebrities like Jimmy Kimmel, Courtney Cox, Adam Sandler, and Jen (as we call her now) were grooving out directly in front of us. Although I don’t have a lengthy background in the country scene, I’ve always loved playing those classic train grooves on the snare. I think they require a lot of the same subtle accents, ghost notes, and phrasing choices as jazz playing, and I’ve really enjoyed digging into that vocabulary by listening to masters like Buddy Harmon, Levon Helm, and Eddie Bayers. That repertoire is also rhythmically diverse and includes an assortment of funky backbeats, as well as some driving, disco-era dance grooves.

As any session player will tell you, the ability to play a variety of styles and grooves is a good way to keep working, and I’ve been fortunate enough to play with a wide range of artists in NYC and record on more than fifty albums over the years.

One of the most distinctive artists I’ve been working with lately is nerdcore rap pioneer MC Frontalot (who calls himself the 579 th best rapper in the world). Frontalot is a truly singular act who loves those old-school Clyde Stubblefield grooves that swing like crazy. His band utilizes two lineups, both which include drums, with live instruments for bigger shows, and backing tracks/click for a more stripped-down approach. We played a number of big shows this year, including Caesar’s Palace in Las Vegas and SXSW in Austin, and I’m looking forward to doing more with him in the months ahead.

I’ve also been working on a new album with experimental rock band Woodhead, with whom I’ve been playing for almost six years. That music is heavily influenced by artists like David Bowie, Joy Division, and Radiohead, but has an avant-garde and improvisatory spirit, which allows me to stretch out and get a little crazy. One of our tracks entitled “Boys Float” was recently featured on a compilation album called NOW NY on True Groove Records, and the full album is scheduled to drop in the spring. 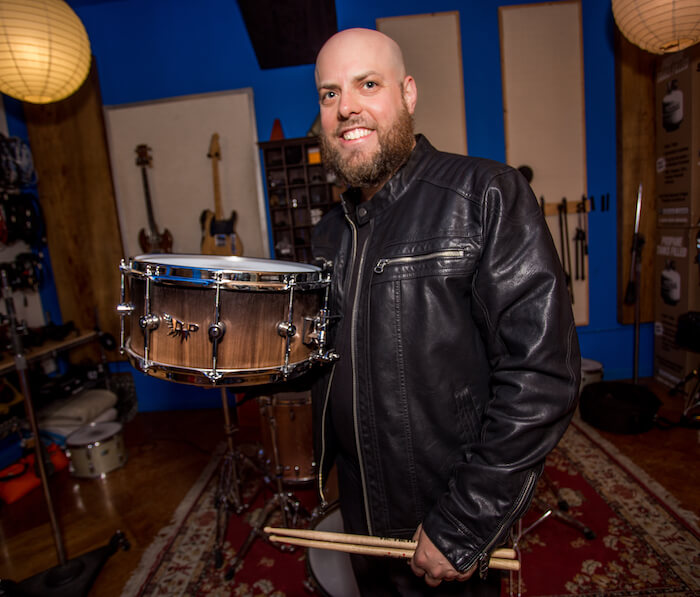 Besides Woodhead, I’ve been playing a lot with the Michael Gallant Trio, which is approaching the five-year anniversary of our residency at Tomi Jazz in midtown Manhattan. I’m also in the midst of recording an album with singer-songwriter Luke Buck, and am quite excited about the future of two brand new projects I’m undertaking with brilliant guitarist Dave Ross.

When I’m not onstage or in the studio, I’ve spent a lot of time doing theater work (which is a whole other can of worms). This year, I’ve had the opportunity to work with composer Will Reynolds on a few pre-Broadway musical readings, along with doing a series of performances with the wildly creative crew at the Peculiar Works Project.

I’ve also been honored to have my drum videos regularly featured on Drum Talk TV. About two years ago, I purchased a Zoom Q2N, which I use to film from the back of the stage. Being able to watch myself play has been an enlightening experience that has helped me grow immensely as an artist. I feel that I’ve been able to refine my technique while coming to the realization that certain things that might feel great onstage aren’t always as good on recording, and vice versa. Even if you don’t post the videos online, I highly encourage drummers of all levels to record themselves as a way to make an honest evaluation of how they can improve.

As I seek this artistic growth and progress, I’ve also been doing some freelance writing for various music publications, including the online educational site Drumeo, where I’m in the midst of a four-part series on Pro Studio Tips for beginning and intermediate players. I’m looking forward to a busy 2019 with all my artists, and I’m always honored to be featured in Modern Drummer, which I grew up reading and still do! I never take for granted how special that feels. Thanks for reading!