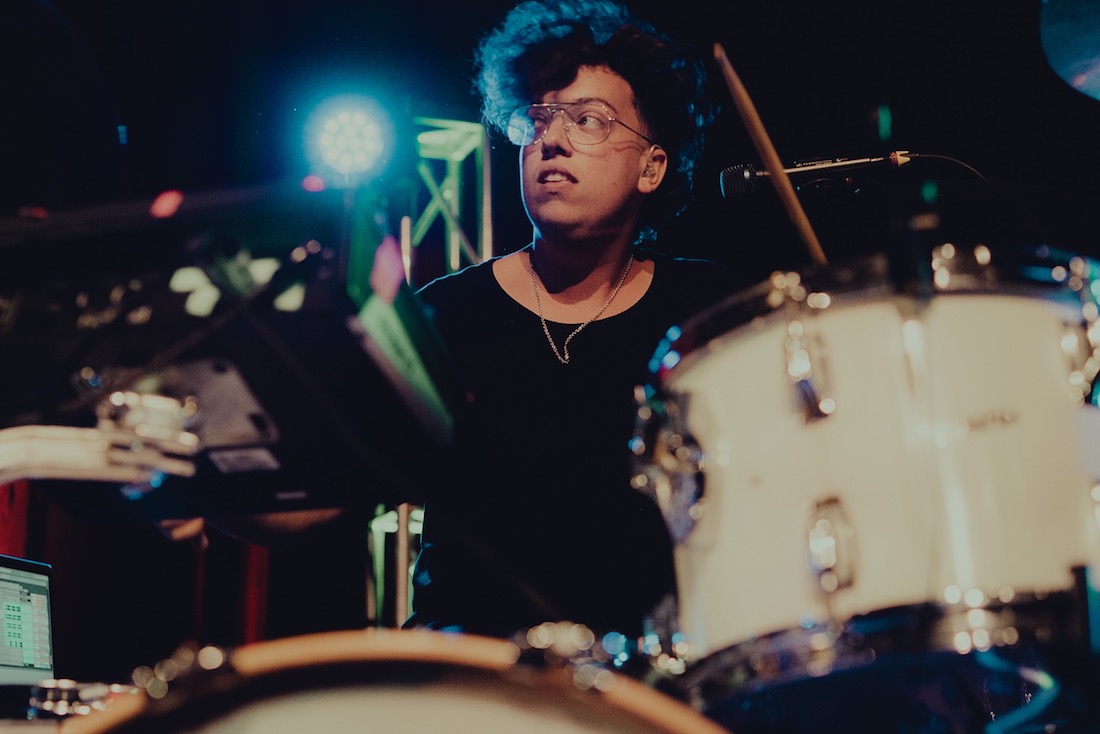 I’m Sam. I play drums. I’m in a band called lovelytheband. A lot of surreal things have happened to me this past year, and I’m sitting here in a hotel room in Madrid at the end of another tour to talk drums and let you know what’s going on with me.

I joined the band in July of 2017. At that time, our first single “Broken” was barely starting to pick up steam; we had just finished a few shows throughout the states that summer, and couldn’t get on a tour. Now, we just finished our fourth tour of the year, played hundreds of shows and festivals around the world, and written and recorded a full-length album titled Finding it Hard to Smile.

From recording to finishing that album, and watching what it has done for people so far, has been one of the single-most meaningful experiences of my life. We poured our whole selves into that body of music and I couldn’t be more proud of it. On top of all that, our single “Broken” is now gold in the US and platinum in Canada. It hit and stayed number one at Alt Radio for six weeks, is currently number one at Adult Top 40 Radio, is climbing the Top 40 pop chart, and is number 29 on the Billboard Hot 100 as I write this.

Before all this happened, I was a freelance musician in LA, playing coffee shops, weddings, and doing some touring for other artists. I had never been out of the country, and like I said before, now we’ve just finished our first tour overseas supporting 5 Seconds of Summer. The drummer in that band, Ashton Irwin, is hands down one of the best drummers I know and an even better human being. That tour was some of the most fun I’ve ever had. 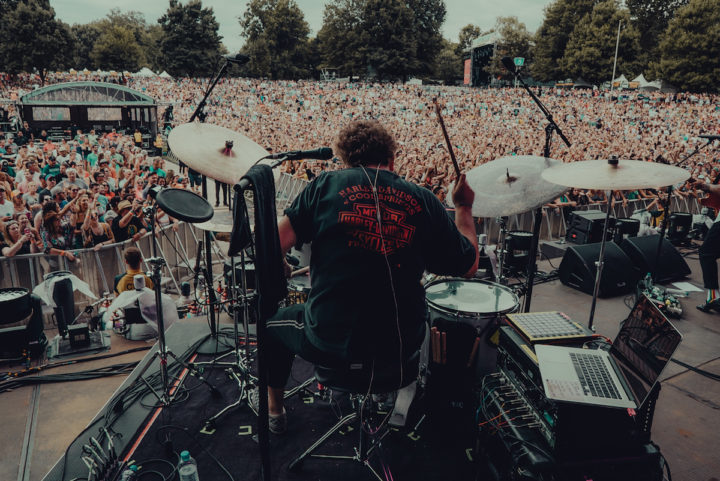 Now let’s talk my favorite kind of talk—gear! My two snares on the road are my main one, a Pearl Sensitone Brass 5.5×14 with tube lugs and single-flanged rims; and my second, a Barton Drum Co. 6.5×14 mahogany. For studio time, I like to use any snare. If it’s on a floor in the corner, or one I brought in a nice case, if it sounds right for the song, no matter brand or quality, I’ll use it. If it works, it works.

For cymbals, both live and in-studio, I use all Meinl, Byzance line. (More specifically the Jazz, Dark, and Extra Dry series.) I love big drums and cymbals. Most often for live use, I use a 24″ ride, two 22″ crashes, and 16″ hi-hats. I’ve found that for cymbals, the bigger they are, the easier on the ears they tend to be. They’ve also got a wider dynamic range and open up real nice when the time comes to bash, in my opinion.

I’m eternally grateful for what’s happened in 2018, and ending this year with an “On The Beat” for Modern Drummer is the perfect cherry on top—a bucket list item for me! Thanks for checking in.

Watch “These Are My Friends” video here: