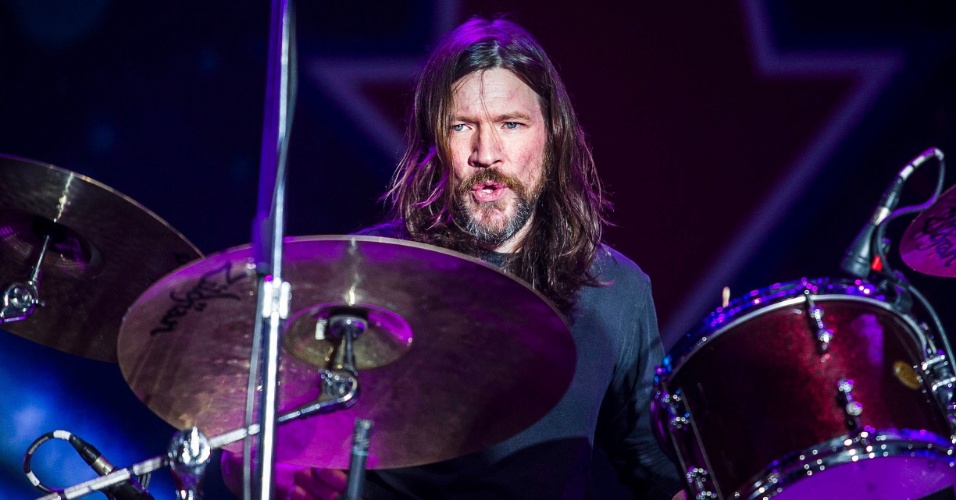 Hello MD! Wanting to do something is the first step to actually doing it. When I was fourteen, I wanted to play the drums; I let everybody know that. The next thing I knew, I was on stage in front of 500 people playing (very badly) an instrument I’d never played before. But I was doing it.

The drummer from the school band had dropped out last minute, and I just happened to be hanging around. I had a ten-minute rehearsal before the show, three songs. I sucked, but I loved it. That was thirty years ago. I’m typing this now in a tour bus on my way to Norwich from Liverpool, on the tail end of a UK tour with my band the Magic Numbers. My singer/guitarist Romeo and I have been playing together for the best chunk of those thirty years (shuddering at the thought). Neither of us had any lessons but learned together. The song is king.

My first kit was a Pearl Export. I bought it secondhand and one drum at a time. Unfortunately, it got destroyed when I was seventeen, by a seven-foot tall sixty-year-old Irishman with a sledgehammer. It was three o’clock in the morning, and I was distraught. Then I got hold of a Tama Rockstar. Back in the game! When we got signed I got myself a Gretsch kit, which is a great all-rounder. I know that kit inside out and only feel truly comfortable playing that one. I use Vic Firth 5A Extreme sticks. I borrowed a pair a few years ago and they just felt right. I do go through them though. I use Zildijan crashes and a Sabian ride for the road but studio-wise I’ll get in about twenty and choose what the track wants. The song is king.

We are on our fifth album now called Outsiders and will be taking it worldwide in the coming months. I still have to pinch myself sometimes—drumming is not a job, digging holes is a job. I’m glad I don’t have a job! Thanks for reading.

For more on the Magic Numbers, visit https://themagicnumbers.pmstores.co and https://www.facebook.com/TheMagicNumbers/.