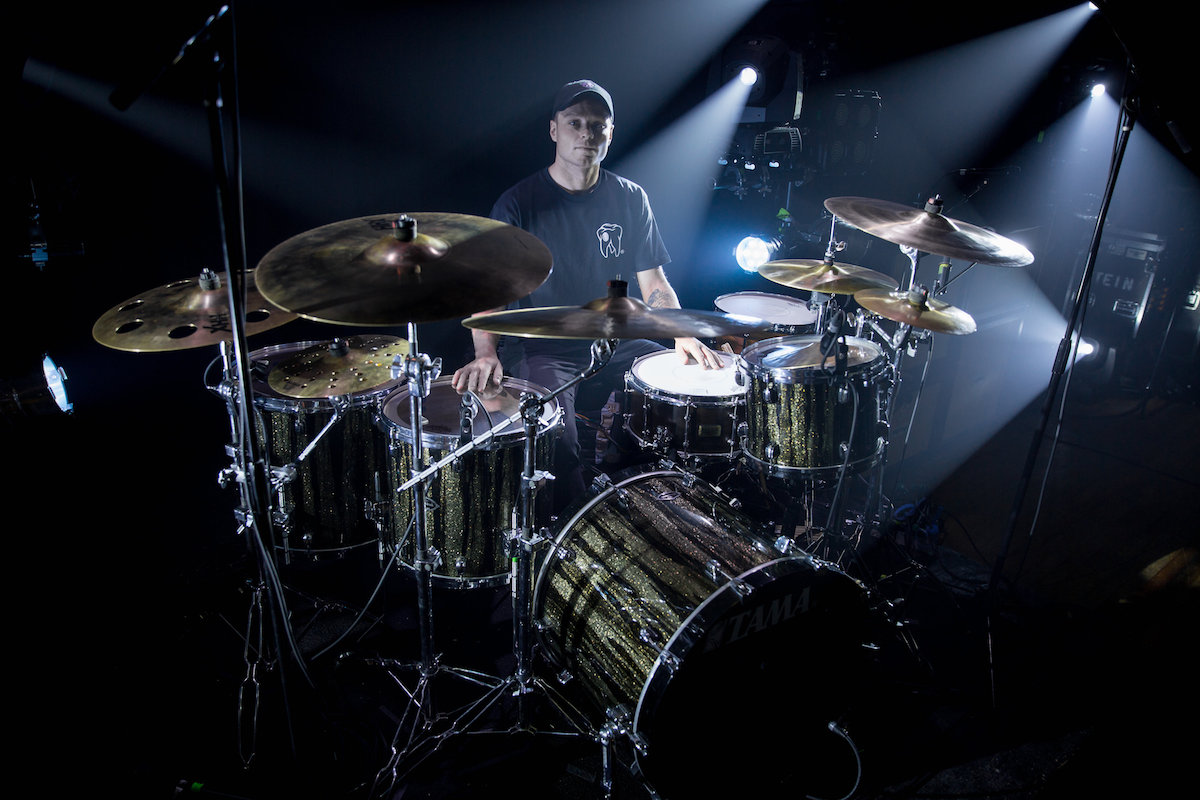 Hello MD gang! For those who don’t know, I am the drummer of the Australian rock band Tonight Alive. We have been touring with the Unify festival in AUS, and let me tell you, playing to 10,000 rowdy Aussies on album release day was definitely something I won’t forget. Now, as I write this piece on a day off, I feel as though I am catching up with the hype of the highly anticipated LP4 release myself!

We recently embarked on our largest US headline tour to date, playing a number of HOB’s and other venues from coast to coast. After this, we embark on another world tour from America to South East Asia, with some headline dates back home in Australia. Quite a big year ahead!

I, like so many of you, am a lover of drums and music and I feel so blessed to be able to live my life surrounded by both. I grew up in a small coastal town, four hours south of Sydney, and started playing when I was nine. All of my time was spent between drumming and surfing. Now, after just turning twenty-seven, not much has changed—although I do spend a lot more time on the road than in the water. I still have the same excitement of learning and progressing my craft, and still enjoy surfing multiple hours each day at home off tour.

I grew up playing worship at church, where I learned a lot about feel and dynamic. Throughout high school I surrounded myself with as many genres possible. From playing in punk bands to touring in big band ensembles, from being a part of African drum groups to drumming in the pit for big productions and spectaculars. I couldn’t get enough and knew I wanted to pursue drumming as a career. After graduating high school, I deferred a Bachelor of Music at university for three years whilst I watched the band grow and start to tour internationally many more months of the year than we were home. We’ve toured hard for the better part of a decade now, some years touching on almost 200 shows, plus recording more than four albums.

Although I had such a rich education throughout my younger years, I did notice one thing that I had missed out on from growing up in Australia. I didn’t really have any obvious traditional drumming role models due to geography. During the early years of touring North America I noticed that almost all my drumming peers had been involved in some sort of drum corps during their school years and that their understanding and application of rudiments was simply just next level. Another thing I noticed was that their experiences in worship drumming were quite different than mine. As a result, I discovered gospel chops and all these other concepts that really opened up my playing. It was like I just burst into a new universe. It almost put me in a panic how behind I felt but both of these are examples of what drove me to improve.

Here I am now on LP4, and I finally feel like I am coming into my own with my drumming. Being able to navigate all the knowledge I’ve accumulated over the years and making it work within the song without harming the flow is always number one. Learning rudiments from the pad and bringing them to the kit, working them underneath a beautiful melody whilst maintaining a backbeat but not taking anything away from the lyric is quite a feat in my eyes. The K.I.S.S. principle should always be at hand—Keep It Simple, Stupid. You can’t go wrong with a straight groove, or a ghost note or two—just look at Steve Jordan. With that being said, learning about space is also a whole other dimension that takes years to hone.

I’ve been busy working on my personal profile for the past year with some drum play-throughs from the new record coming very soon. The intention of these was never to showboat, but to just exhibit the progress I’ve made as a drummer, mostly for myself to see. Also, the videos allow people and our fans to visually see the foundation of the songs and shed a little light on the intricacies of certain grooves that often get overlooked.

To be honest, I was apprehensive to write this “OTB” at first as the focus is on myself, but I’m glad I have. It’s allowed a time for reflection, much like the videos have, and I think it’s vital for us all to look back and see the growth and progression we’ve made. Thanks to Modern Drummer for the opportunity and I hope all of you have gained something from this piece. Until next time, feel free to check out Underworld, our most recent release.