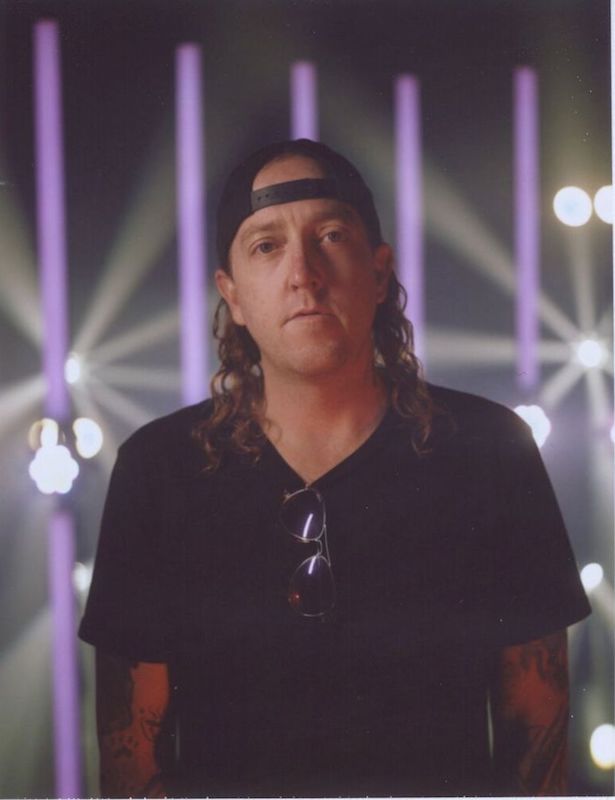 Hello! Thank you to Modern Drummer for giving me the opportunity to talk a little about our new album, The Canyon. We took seventeen of our favorite songs that we had written over the past two years (there were probably sixty or more song ideas) and decided that all seventeen would make the double album.

We jumped straight to pre-production with Ross Robinson for about two weeks. Afterward, we headed to Studio 606 to record drums. We chose to record in the small room for a tighter sound and so we could be close and rock together—all of us sweating together and really connecting.

Up at 606 I’d start warming up around noon, then we’d start jamming songs around 2 pm, and then start recording around 4 pm. We were at the studio for about a month.

Before we started recording we listened to Bert talk about the lyrics and what they meant to him so we could capture that vibe and I could incorporate it into my playing. One of the best parts about recording drums for this album is that we recorded to tape and didn’t use a click track, just a delay on the snare. It was challenging at times but in the best way possible. I just played.

This is by far my favorite album I have ever been a part of and the amount of literal blood, sweat, and tears that went into it could fill a bathtub. We fought, we cried, and we laughed a lot—a true album! Some of our friends and family would come sit in the room while we were recording and were able to share the experience—some of them even participated.

We made an honest album, we took our time, and we did it our way. From front to back this album is real with no fake instruments, from the vocals to the strings, to the tambourines to the choir—all real and all performed by a living breathing person. It was a huge breath of fresh air.

Here’s a quick recording story; I was supposed to be recording and I was off fooling around. I could hear Ross yelling for me over and over and that pissed me off. He just kept yelling, “Drums! Drums!” Bert came outside to get me and I said, “Is he yelling for me? He better not be yelling like that for me.” But, he was. So I went in mad and kicked a bunch of heads and rims all over the studio and Ross came in fuming and we were yelling at each other face to face. Then Ross stopped and said in a calm voice, “By the way I’m glad you’re mad. It makes for great recording,” and then left. So I went in and did a quick roll that you can hear at the end of the track “Selfies In Aleppo.” Later Ross said he thought I was going to punch him. I’ve never punched anyone.

Listen and watch “Over and Over Again” at

and “Rise Up Lights” at

For tour date and more on the Used, visit http://www.theused.net