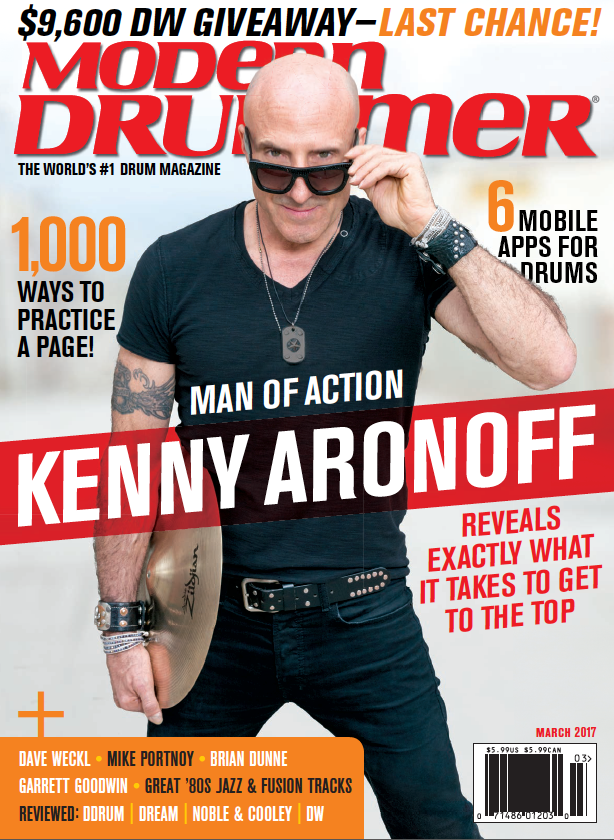 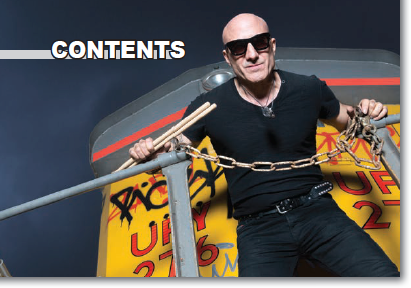 “This book got me to do some serious reflecting. But it’s not a memoir. This is what I’m continuing to do.”

He reached the top by knowing exactly what he was capable of as a modern professional drummer, and by working tirelessly to fulfill the responsibilities of the job. Check out the tour of Kenny’s Uncommon Studios LA here.~ by Billy Amendola

When Chick Corea came a-calling in the ’80s, then-rising star effectively arrived. These days the drummer’s getting to relive those heady times. ~ by Mike Haid

The veteran band and its still-energized founding drummer have done more than most to bring the blues to the masses. ~ by Bob Girouard

His gargantuan performance on the new concept album by Neal Morse had us wondering about all the classic double LPs lining his own shelves. ~ by Ilya Stemkovsky

The fascinating evolution of the exploratory Swedish metal band is driven by a classic-rock lover’s cinematic rhythmic visions. ~ by Mike Haid

It wasn’t all about spiky beats and quirky singers in the MTV era. Instrumental music was going strong—and launching drum heroes we still bow down to today. ~ by Ilya Stemkovsky

Talk about a high-stakes gig: backing one of music legend after another on a weekly national TV show—when you’re not touring with Hall and Oates. Not that tis veteran player takes and of his good fortune for granted. ~ by Bob Campbell

Few have cut as lasting an impression as the original drummer with the Damned. And though his twenty-year membership in the British group has long since ended, he’s still at it—and still a hero to drummers, especially those of the punk persuasion. ~ by John Wurster

Part 1: From a Hand Pattern to a Groove ~ by Rich Redmond (click here for supplemental video content)

Some of Drumming’s Most Influential Feels ~ by Rich Scannella

Jazz Drummer’s Workshop – Beyond the Noteheads

Benefits and Strategies for Transcribing, Part 2 ~ by Steve Fidyk

AN EDITOR’S OVERVIEW – The Uncommon Man

Kit of the Month – The Eliminator