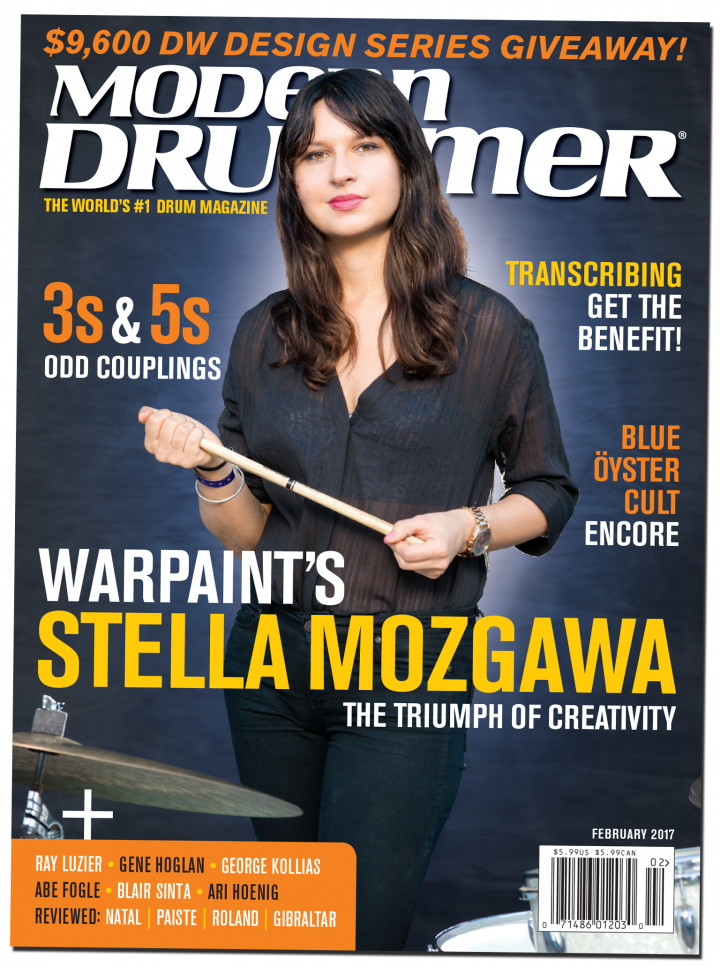 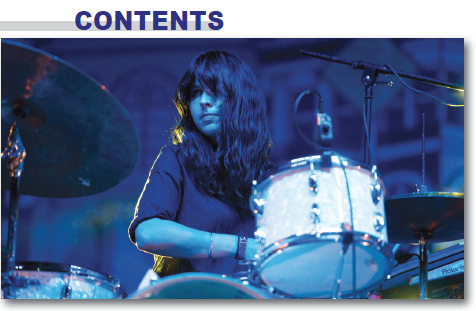 “People are making music in such crazy ways! The levels of involvement and collaboration are so different now.”

Warpaint’s drummer has kept her workload fresh and ful filling by staying open to any creative method that’s thrown at her. In the process, she’s become one of the most intriguing percussive voices of her generation. ~ by Adam Budofsky

Sure, you can teach an old dog new tricks—if he’s like this rare pro, who’s as hungry for unique experiences at forty-seven as he was at seventeen. ~ by Mike Haid

Does the Atomic Clock ever stop ticking? Not as long as there’s new metal to
be made. And there’s always new metal to be made. ~ by David Ciauro

Fifteen years after landing his breakout gig with Alanis Morissette, he’s extended his real-world experience in multiple directions, including a fresh take on online lessons. ~ by Ilya Stemkovsky

He recently stepped aside from the ragingly artful New York musical institution Swans to concentrate on his signi ficantly more subdued but equally ambitious solo project. ~ by Will Romano

What—a modern-jazz concept album? Well, it should come as no surprise to anyone familiar with the New York drummer, who long ago taught us to expect the unexpected. ~ by Ken Micallef

Coming up, he couldn’t have known how far his melting-pot listening habits would one day lead him. ~ by Billy Amendola

Jazz Drummer’s Workshop – Beyond the Noteheads

Benefits and Strategies for Transcribing, Part 1 ~ by Steve Fidyk

Reviewing and Renewing Your Goals, Part 2 ~ by Russ Miller

AN EDITOR’S OVERVIEW – Signal to Noise

Readers’ Platform: Do You Transcribe?

Kit of the Month – Cocktail Convenience

Get the February ’17 issue!