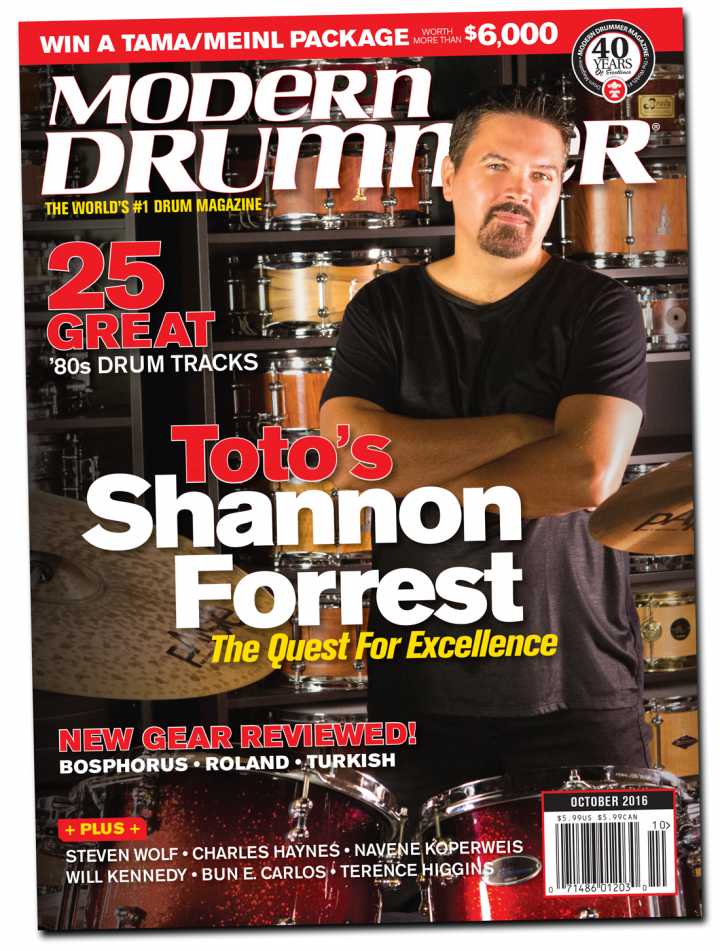 “There was something in me that said: You need to do this. Listening to myself and deciding to do things that were uncomfortable ended up opening doors.”

Like the audience at MD’s 2010 Festival, where he was conducting his first-ever drum clinic, the Nashville studio great had no idea at the time that his performance there would eventually lead to a gig with Steely Dan’s Donald Fagen—or his current one with Toto.  – by Michael Dawson

Catching Up With…BUN E. CARLOS and the Yellowjackets’ WILL KENNEDY

Groove master? Technical marvel? Production whiz? The veteran drummer who’s worked with Kanye, Gaga, Latifah, and Ndegeocello is all these things and more. – by Ken Micallef

His fingerprints have been all over the pop charts for more than a decade, and there’s no apparent end to his golden touch. – by Billy Amendola

Everything changed for drummers when the ’70s gave way to the ’80s, not least of which was the arrival of drum machines. But tons of great records were still being made. This month we look at some of the best, by hot new-wavers and classic rockers alike. – by Adam Budofsky

Navene Koperwies comes out the other end of a demanding stint as a one-man band to power the new tech-metal supergroup Entheos. – by Ben Meyer

Drumming Is More Than Doubles and Paradiddles – by Martin Urbach

Adjusting Your Business Plan for Optimal Success – by Russ Miller

AN EDITOR’S OVERVIEW – What Makes Them Tick?

Contest – Win an Incredible Prize Package From Tama and Meinl value over $5,000!