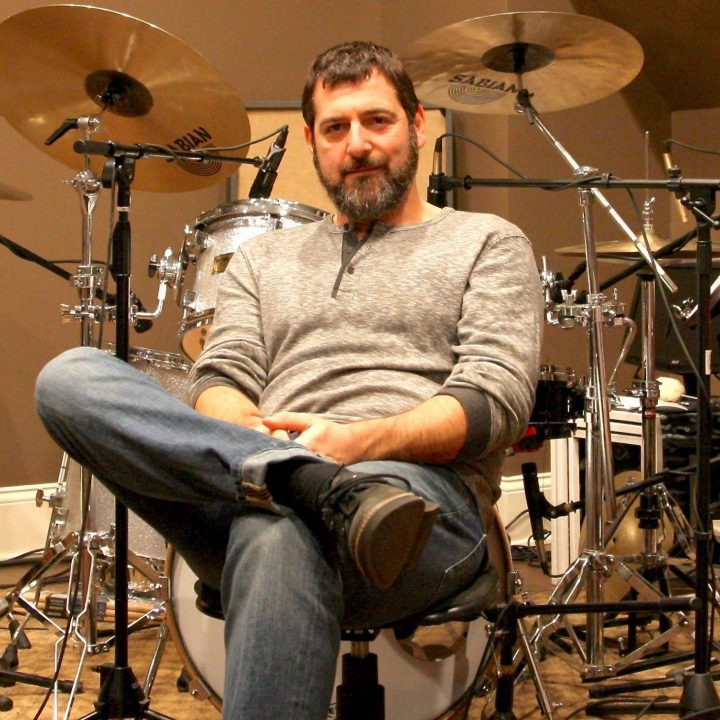 As a recording drummer that plays a variety of styles of music, there’s a process I tend to automatically go through when deciding what’s going to work best on a song I’m about to record. I have to think about what part is going to work the best as well as what sounds I’m hearing for the cymbals and snare and maybe even for the drumset as a whole.

When it comes to picking sounds, it’s going to mainly revolve around the snare, hi-hat, and ride, with the snare getting most of the focus. I tend to make a snare decision based on the tempo, mood, and what other instruments are already being used. For example, a low-pitched, thuddy snare will get covered up in an up-tempo track with heavy guitars. But a loud, higher pitched snare will stick out in a darker-sounding ballad or a track with organ or smooth guitar pads. Also, I tend to like to use crisper snares with not too much ring on up-tempo rock tracks, but a medium-tuned, ringy snare can work great on a mid-tempo track.

And as far as whether to use a snare made from metal or wood, it’s really up to your discretion. I like both for different kinds of sounds. There’s no right or wrong choice, but as a session player you have to understand what the producer might be going for. When you’re recording a slow, groovy song, picking a slightly dead, big, and dark-sounding snare might be a great starting point.

As far as how I decide what groove is going to fit the song best, I have to rely on some gut feelings, which are based on a lot of experience. It’s almost like having to read the artist or producer’s mind. I may choose to go with a straight-ahead, simple approach, which may be the first thing that pops into my head. Or I may decide to vary it up a bit and incorporate some of the rhythms from the melody into the groove. Again, there’s no wrong answer, but musicality counts for a lot. You need to be listening for all the other parts going on while you’re recording so that you can hear how your playing fits with everything else—especially the vocal.

If I had to pick the one thing I listen to the most, it’s the vocal, both for melodic ideas and for rhythms. Most parts I play will be based around the vocal because that’s what the average listener is focusing on the most.

In the video below, which was recorded a few months ago in my studio, the Loft, I’m tracking a song called “Freak of Nature” by the band Stegall. The snare I chose for this one is a 5×14 black alloy Noble & Cooley. See you next time!