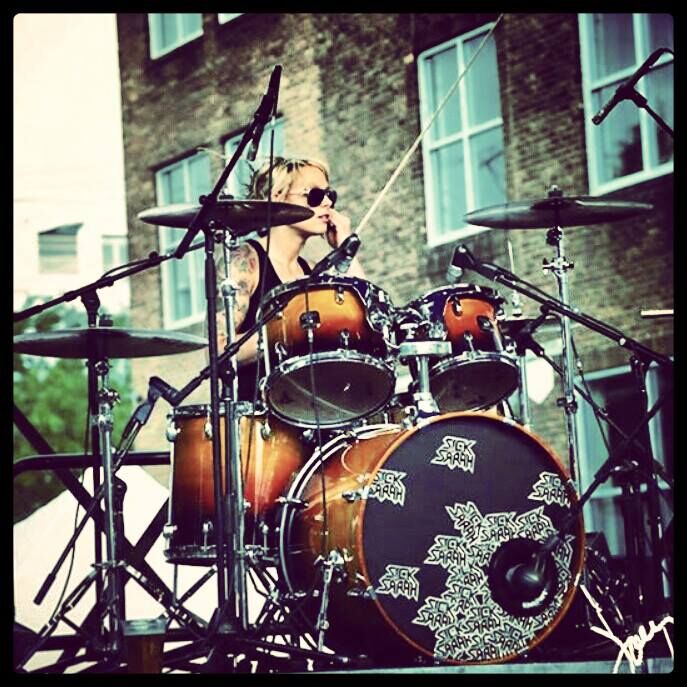 Hey everyone! I’m Jessica Forsythe and I drum in a band out of Minneapolis called Sick of Sarah. I moved to Minneapolis to audition for the band back in 2009 and have been a professional touring drummer ever since. 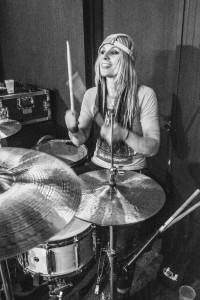 I have a lot of fun on the road and have had the opportunity to meet some incredible people along the way. I grew up in Glenwood, Iowa where I started playing drums in elementary school and played all through high school (and ever since). At the time, I was listening to alternative rock bands like Weezer, No Doubt, Red Hot Chili Peppers, and Smashing Pumpkins, among others.

Music has such a powerful impact on me; I think it does for a lot of us. We write and express our emotions through our music and it’s definitely helped me get through different challenges in my life. I love that what I do helps people, as well.

So a few things I’ve learned along the way: Warming up is so important! For me, this includes stretching and grabbing my drum pad for ten minutes or so and going through some rudiments. I like warming up with paradiddles and paradiddle-diddles (thanks for the tip BJ!). I also quickly learned that I needed to start practicing to a metronome. I started practicing with a click about five years ago and it’s really tightened up my drumming, especially coming in and out of different fills and transitions. At first, I absolutely hated it. It was frustrating and annoying and I’m pretty sure it was frustrating for my band, too. (Ha.) After a few months of practicing, though, I actually started to enjoy playing with a click.

Another thing I try and remember is to have fun! It sucks being stuck in the back behind the kit sometimes because I love to dance and move around, but obviously that’s not in my job description as a drummer, so I try and interact with the crowd as much as I can by smiling out into the crowd.

I’m always learning. I’ve learned so much from being on the road with other amazing bands and watching other drummers play; I learn from just watching and observing various styles and fills. When I’m trying to learn something new, maybe a fill that’s a bit more intricate or a new beat, one thing that helps me is slowing down—literally cutting the bpms in half, even, and start gradually speeding up as I start to get it. 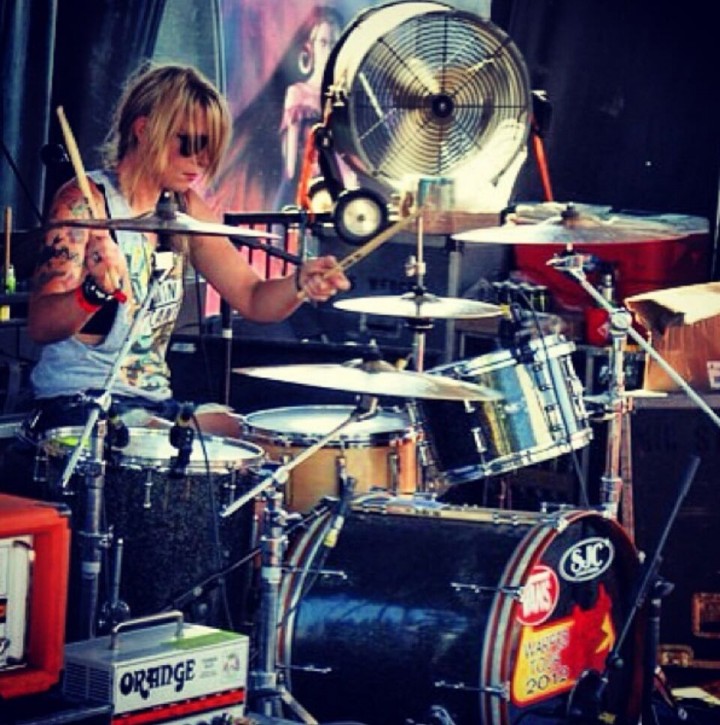 As far my band goes, we’re currently writing and looking to record new music by the end of summer. You can find us on Twitter, Facebook, Instagram, and all-social media sites at @sickofsarah.

I put together a video of some clips of me over the last few years on tour, writing, practicing, and well, me being me. Hope you enjoy it and hope to see you at a show sometime!

Feel free to hit me up at Twitter: @jforsythesos.

Watch the exclusive video Sick of Sarah drummer Jessica Forsythe has put together for Modern Drummer‘s On the Beat series here: