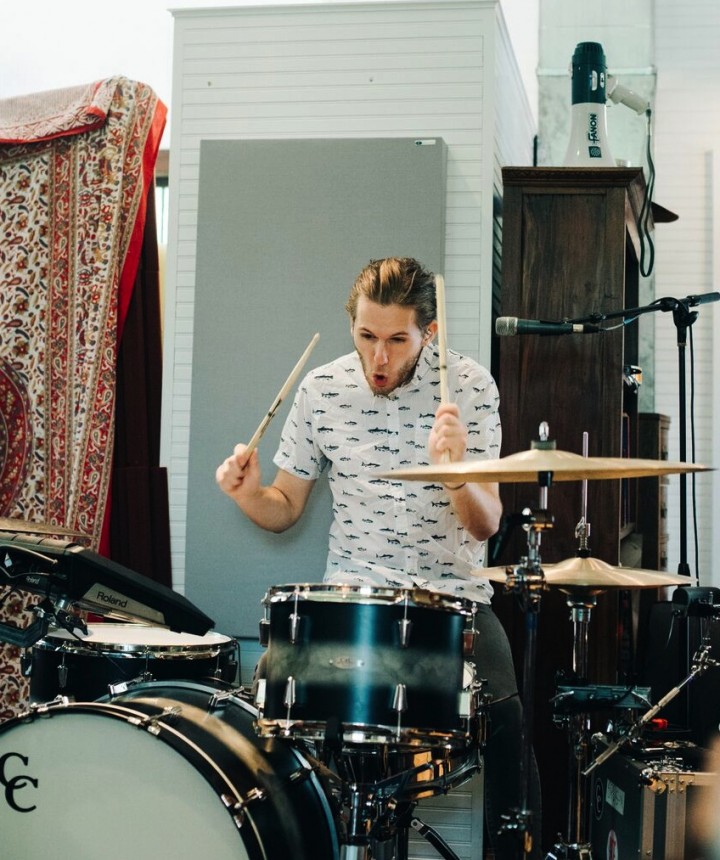 Hi! There are limited choices growing up in a small town, especially in music. I had the choice of the Beatles, Creedence Clearwater Revival, or the one radio station, which was country music. I chose the Beatles, and have tried my best to not stray too far from it when I approach playing the drums.

Being self taught, I was only limited by my imagination, and that forced me to listen to music just as one does when reading a book for intellectual gain. I was always trying to figure out what the drummer was doing, and I would copy it to the best of my ability. This was my textbook, for better or worse, and I’ve not really strayed from that method of learning since.

After nineteen years, what’s kept me playing is recognizing all of the drummers that have influenced me over the years; they have helped me shape my identity, and I’m continually inspired to learn from them. A few are idols, but most are my peers. The immense talent of those around me continually floors me and it drives me to better myself.

Another reason that keeps me playing constantly is the desire to get inside the song. Jim Keltner has been referred to as being a “reactive” drummer, which resonated with me, as I’ve always struggled to pull ideas out of the air. I love to play off other instruments and threading the line of what suits the song, but also what satisfies my creative endeavors rather than just filling up the bars with too many notes. Listening to the music and understanding where it’s going is what keeps me playing.

Listen to the track “Change My Mind” here:

For more on the band, visit http://www.stonecoldfoxmusic.com.