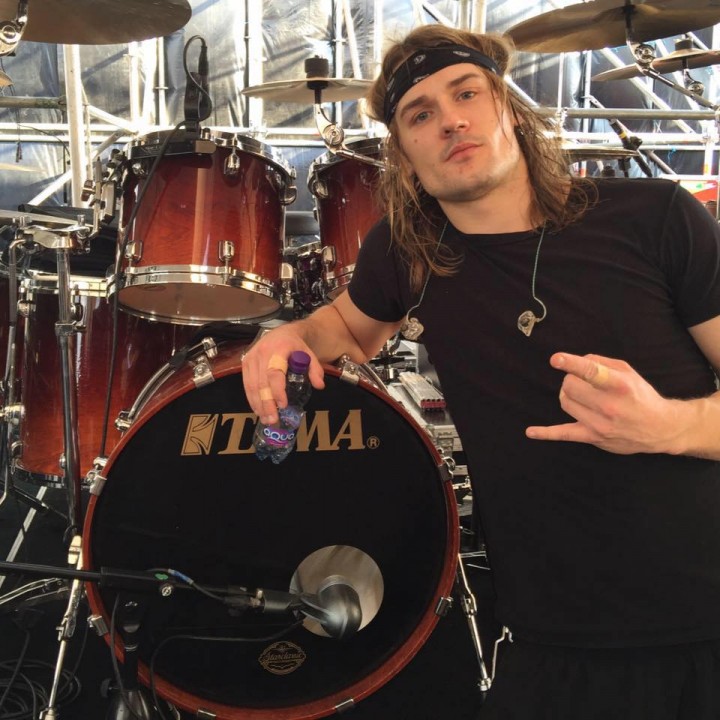 Hello Modern Drummer readers! I’m Paul Wandtke and I just landed a new “drumming home” with the Orlando based heavy metal titans Trivium. I just made my live debut at Knotfest in Mexico by performing in front of over 40,000 people on the main stage. Performing the show was so fun and thrilling. Right before we hit the stage you could hear all the people chanting “Tri-vi-um, Tri-vi-um.”

Trivium means a lot to me and I feel honored to have been given this opportunity. What’s weird is that their first couple of albums remind me of the music I used to write when I was in a band called A Texas Funeral. My band had collapsed and I decided to go to Berklee because I knew that I could probably make it on my own if I took drumming and myself very seriously.

I landed some really cool gigs along the way, including drumming for the hit musical Rock of Ages for the past two years. I even got to do a little drum clinic once a week during ROA called Meet the Drummer where I talked about and explained the importance of reading music notation and being able to play and know the difference between basic time feels and world grooves, including the major difference between triplet feel and strait time feels. Prior to Rock of Ages, I drummed for Kill Hannah’s main support run with the Smashing Pumpkins.

Long story short, Trivium and I seem to be on the same wavelength of goals, musicianship, and personality traits/work ethic so we are really excited and this is all thanks to Dream Theater’s Mike Mangini. Trivium contacted Dream Theater and asked if they knew any drummers. Apparently, Mangini remembered me from lessons when I studied with him at Berklee. I can’t thank Mr. Mangini enough for the recommendation; this has been a life changing experience. 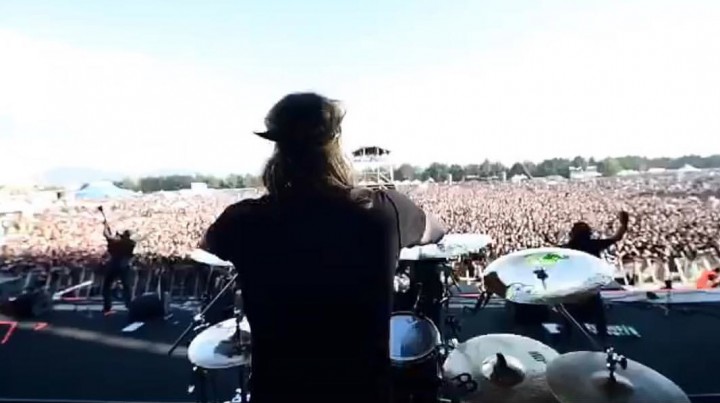 In the coming months and later this year, Trivium fans can expect me to be uploading live and in-studio drum camera footage on my site www.paulwandtke.com and my other online accounts like FB, Instagram, and more. I’m already doing so, but they are short teasers.

We leave for our first US run of the year on January 8. For this run we are using natural drum kick sounds. Trivium has always triggered their bass drum sounds live, but at rehearsals they actually liked my approach without triggers—so, “fingers crossed it stays this way,” because I am not a fan of them. I prefer natural kick drum sounds because you can get more advantages out of natural kicks and can experiment with accented grooves and things without worrying about the misfiring of triggers.

Watch for the Evans drumheads Instagram take over on Feb 20 during Trivium’s US run at www.instagram.com/evansdrumheads/.

Keep up with Paul at www.paulwandtke.com. Trivium tour dates at can be found at www.trivium.org.tour.