New Jersey indie group Speed the Plough’s first album in four years, Now, features the kit work of John Demeski. John is the son of one-time STP drummer Stanley Demeski, who some readers will recognize as a longtime member of the influential group the Feelies. Modern Drummer Online caught up with John to learn what it was like for him to join the multi-generational ensemble, and about the influences that feed his playing. 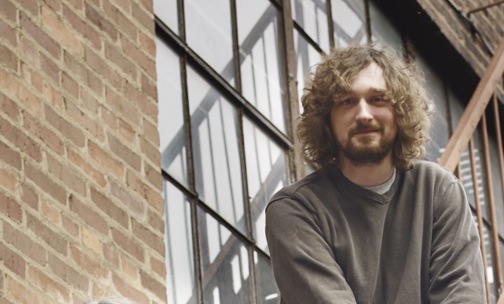 MD: Speed the Plough has an interesting history in terms of its personnel. What was going on in your personal and drumming life at the time that you began working with the band?

John: I wasn’t really playing out at the time, though I was still practicing. My band with my cousin, Michael Baumgartner, who is in Speed the Plough, and our friend, James Payne, had kind of dissolved due to scheduling conflicts. Also, I was finishing college and just working for the most part. Then I got a call from my uncle [Michael’s father, STP founder John Baumgartner] asking me to be in Speed the Plough because the previous drummer had parted ways with them. I had played a little bit with STP before, so I suppose I was the most obvious choice. And thus, I accepted. A match made in heaven.

MD: What kind of drum training have you had? One would assume your father had a certain amount of influence on your style—is that true?

John: I’ve played drums for roughly fourteen years, starting in concert band in grammar school. My father, Stanley Demeski, really took over teaching me and my sister, Katie. Pretty much it was a whole bunch of drum rudiments and that’s it. A painful but necessary evil.

My father’s influence comes up in a few different ways stylistically. I would say the most noticeable is just in the way I try to not burden a song with overplaying. Rather, I’m just trying to provide a solid rhythm with the occasional flair or lead part every so often. Also playing fast and loud when required.

MD: What type of drumming and music are you naturally drawn to? Does Speed the Plough’s music fit into that mix easily?

John: I like a whole lot of music, ranging from bands like the Sonics and Modest Mouse to Gorillaz and the Roots. But I would say I like playing blues rock and indie rock the most. Speed the Plough took a bit for me to get acclimated to, especially since half the songs are in 6/8. But now it’s almost like second-nature to play the type of music we play, and I can say that I wholeheartedly enjoy it.

MD: Now sounds great. Engineer Don Sternecker did a typically strong job, capturing the band’s warmth and edge. What gear did you use during the recording? Don told MD Online that he thought you might have used one of your dad’s old kits.

MD: Your playing on the album is so mature, especially considering your relatively young age. You particularly exceed during the quiet parts and at slow tempos, which can obviously be challenging. What kind of playing or practicing prepared you for these types of scenarios?

John: Speed the Plough is its own band, but, perhaps for obvious reasons, shares certain musical qualities with the Feelies, including having a wonderful command of tension-and-release. The songs are never static, which is very different from typical contemporary approaches to music, which is often dynamically flat.

MD: Is this an area that is ever discussed in the band?

John: The dynamics of the songs are a huge talking point in our practices. We always want the songs to have life, with ebbs and flows and such. If anyone feels that something is flattening out or becoming somewhat mundane, then we bring it up and try to fix it. There’s good communication between all of us because we’re family. Literally!

MD: Are there any songs on Now that were particularly challenging or fun to play?

John: The most challenging song would probably be “On a New Day.” It’s more out of my comfort zone because it’s a lot jazzier and I use a lot more ghost notes and such. I’m used to just playing songs in which whatever my part is, it’s generally the same [throughout]. But in “On a New Day,” it changes almost [constantly] in regards to what I do. It’s fun and challenging.

MD: How was the album recorded in terms of playing together in the room versus doing overdubs?

John: We played the basic tracks live for the most part. The drum parts are the basic tracks, actually. There are of course overdubs with the percussion and guitar parts and a bunch of other things, but mainly whatever I played on was taken from the basic tracks.

MD: The brushes on “Buttermilk Falls” are sweet. Any tips for brush playing that you can share?

John: Just go with the feel of it. I can’t say I’m an expert, because “Buttermilk Falls” was really the first time I wrote my drum part with a brush part like that. But just kind of hearing how hard or quick to swipe or hit the brush across the snare head in the spirit of the song is where you can determine how to go about it. It’s really a feel kind of thing.

MD: Are you involved in other musical projects?

John: Currently Speed the Plough is the main band that I’m in, but this year I’ve started a band with my cousin Michael and my sister, Katie. We had our first show in December.

MD: What are your musical and drumming goals?

John: I would like to be rich and famous, obviously. Sorry, had to say it! But in all seriousness, I just want to play for people more. I really enjoy playing in front of a crowd and seeing how they enjoy it. Also, I wouldn’t mind teaching some people how to play.

MD: Are there particular players whose style or careers you emulate?

John: My father is definitely my biggest stylistic influence. But I have to say that Chad Smith, John Bonham, and Stewart Copeland were pretty big influences when I was young. My music teacher from high school, Tim Alworth, the drummer from Thing One, was a huge influence. He was a great player, so I would kind of try to subtly compete with him, or at least absorb his techniques.

MD: What are your plans for the coming year?

John: I just want to play out as much as possible. Hopefully my other project with my sister and cousin can take off. And hopefully Speed the Plough can succeed, particularly concerning the upcoming album. We put a lot of effort and care into it, and I hope people can hear that in the music.