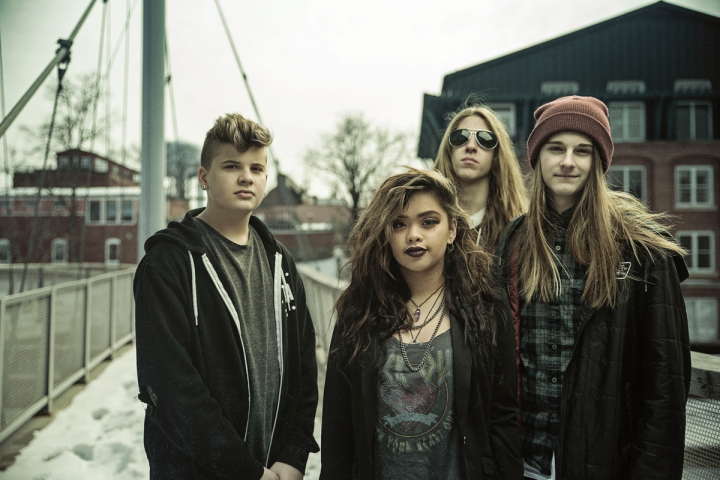 Hey MD readers. My name is Aiden Marceron, and I play drums in Bad Seed Rising. I’m thirteen years old, and I’m the youngest in the band. That being said, this makes us the youngest band signed to Roadrunner Records.

I was born right into the rock scene. Out of the womb, my parents had amazing bands, such as Deftones, the Used, Tool, Chiodos, and Bad Brains, always playing in the house. When I was four, my dad’s friend dropped off a drumset at our house, and that was the beginning. I kept at it for a while, and as I progressed and got better the more I liked playing drums. 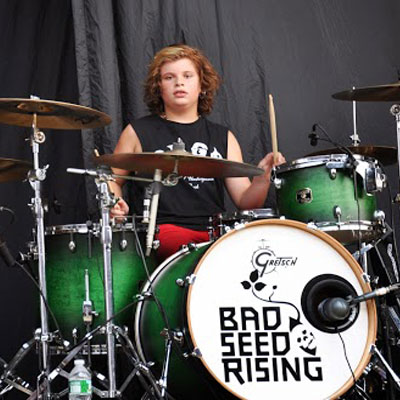 When I was six, my dad founded the Let There Be Rock school, and that’s where I started taking lessons. I eventually started a band with a few friends I met through the school. Bad Seed Rising was spawned from meeting my current band members and having the same mindset of writing and recording original music.

We recorded our first EP, 606, with John “Lou” Lousteau at the Foo Fighters’ Studio 606 on the famous Neve console featured in Dave Grohl’s documentary Sound City. The experience of recording on Taylor Hawkins’ Gretsch drumset was incredible and really opened my eyes to working with a world-class producer like John. The EP led the band to getting signed at our current home, Roadrunner Records.

The band and I are currently on tour supporting our newest release, A Place Called Home. For this tour, I have a four-piece Gretsch maple kit with Zildjian K Custom cymbals. Zildjian has been a big supporter from the start. Sarah Hagen and her team are like family and take care of their artists like no other. I also play Vater 5A Los Angeles model sticks and Pearl Demon Drive pedals and hardware. We will be touring all summer. Hope to see you out at a show! Thanks for checking us out!

For more info and tour dates, check out www.badseedrisingband.com.