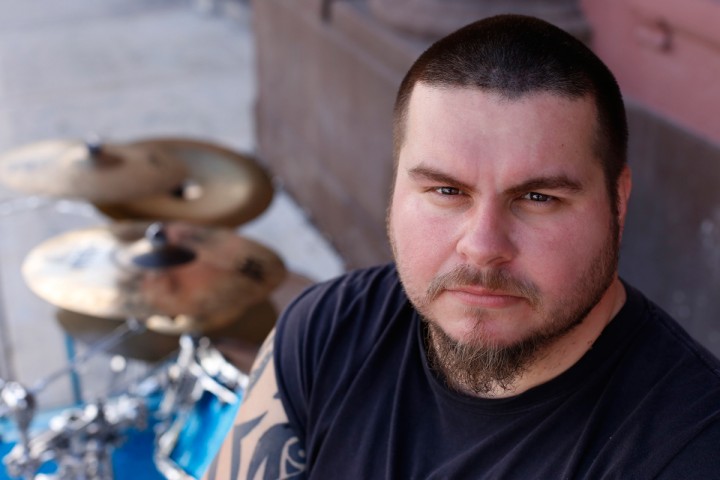 My passion for drums started in the fifth grade when my music teacher told me that I sucked at trumpet and I was forced to pick another instrument. I chose drums because I thought I could unleash my anger and it would be easy for me. How hard can drumming be, right? I found out soon enough.

I took private lessons for about five years with one of the best Latin drummers I know, Nelson Rodriguez, who played in the famous Tropicana in Cuba. My routine and foundation was practicing rudiments. It took me a year to actually get on a drumset since I was not allowed until I mastered my chops. This made me a very accurate and technically sound drummer.

I have always loved metal music. I’m somewhat of an outcast in Miami where rock is nonexistent, so the reaction that my band has generated is unexpected considering the limited amount of exposure our music gets. Our influences are vast and this has helped round us as musicians and performers. I’m truly thankful that we found each other and continue to produce music that satisfies us as a whole.

In one of the videos below I’m playing “Carbon Dated” from our album Methods. I chose this song because of the technical aspect of the double bass patterns, which consists of 16th and 32nd note triplets and match the rhythmic pattern of the guitars. I love the aggressive nature of this song and I find that it has as much groove as it has technicality.

Our official music video, “By Methods,” features Soilwork’s Björn “Speed” Strid. This song showcases my band’s style, which is heavily influenced by Gothenburg metal music. The music video was directed by Bryan Chuechunklin and was extremely fun to shoot.

Some of the ways I’ve developed four-way-coordination is by practicing rudiments with my hands and feet simultaneously. For example, starting a paradiddle with your left hand and doing the reverse with your feet. It’s not going to sound well, but it will definitely improve your skills.

I’m thankful to be featured on Modern Drummer online, as it has always been a dream of mine. I also want to thank my brothers from other mothers—Jason, Reggie, Paul, and Boris—for this fun and wild ride. I could have not asked for better people to share my passion with. Thanks for reading and keep the dream alive!

Watch the drum-play-along of “Carbon Dated”: