The first leg of Flotsam and Jetsam’s European tour for 2015 begins May 13 with four shows in Greece, and then moves to mainland Europe/UK and will consist of club shows and a few festivals, culminating with the Fortarock Festival in Holland on June 6, alongside headliners Hatebreed, Lamb of God, and Slipknot.

This tour will be the first for new drummer Jason Bittner (Shadows Fall), who joined the band in late 2014 after the departure of original drummer and founding member, Kelly Smith. Joining Flotsam for the majority of the mainland European tour will be the Belgian band Bliksem.

The band is currently tracking its latest album (which Bittner has already finished tracking drums for) and its first shows in 2015 are May 8/9 in Arizona, prior to the band leaving for Europe. 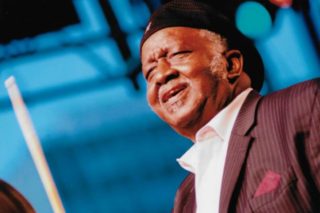