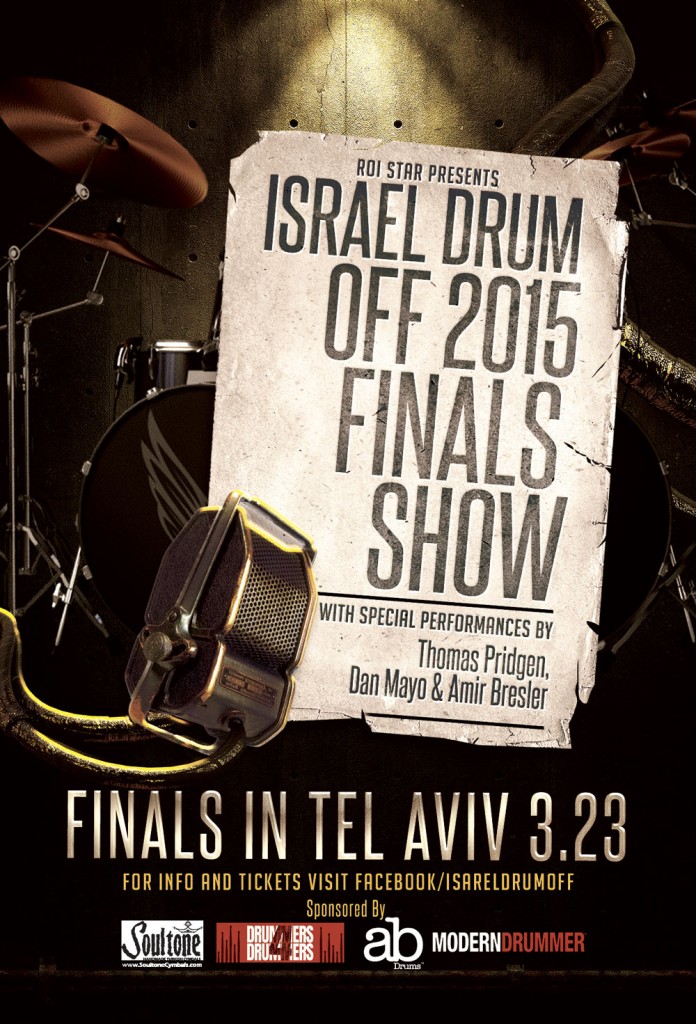 After a long year of auditioning across the country, six qualifying drummers will compete on March 23 in Tel Aviv at the Israeli Drum Off Finals. The finalists are Yinon Elazary, Dima Belinov, Eden Bahar, Regev Ashkenazi, Yair Amster, and Roy Brum.

“We wanted to get all the finalists in the room with our judges and have them all play on the same track,” says show producer Roi Star. “It was more fun that we thought it would be.”

For tickets and more information, please go to Facebook.com/Israeldrumoff.

To watch Israel Drum off Sessions Part I, look below: