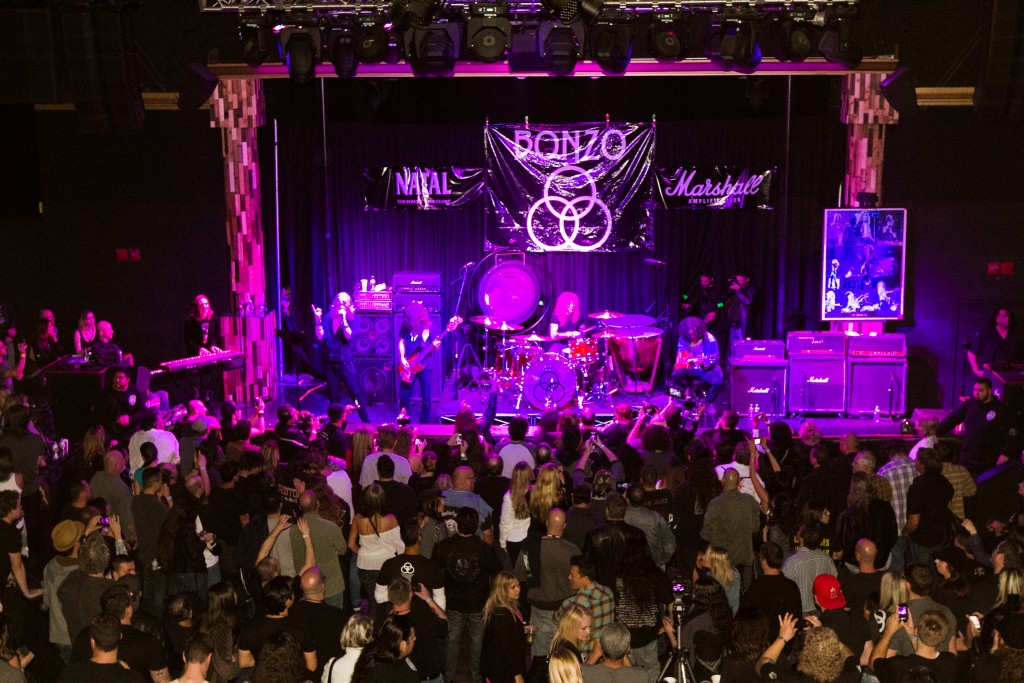 To get a taste of what to expect at the Fest, check out these shots from previous concerts in the series. From the left: the Red Hot Chili Peppers’ Chad Smith and show organizer Brian Tichy; Jane’s Addiction’s Stephen Perkins; Mike Portnoy of the Neal Morse Band, Flying Colors, and the Winery Dogs; and Mountain legend Corky Laing.