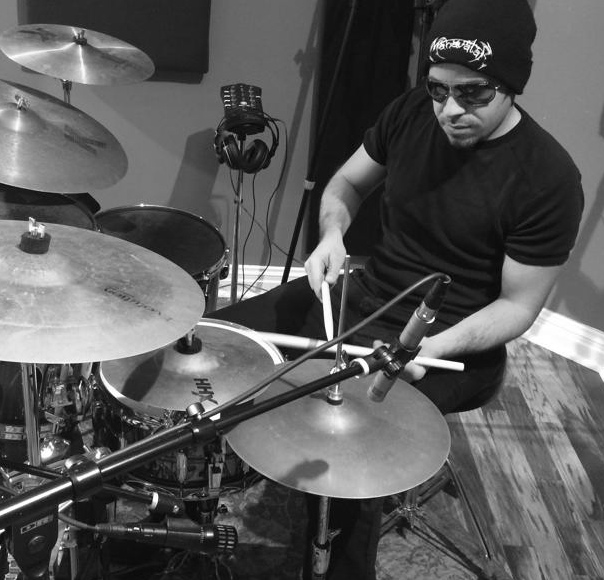 What’s up MD readers? It’s great to be a part of this blog. My name is Eran Asias. I’m a New York City indie drummer and also have been playing drums for Patty Smyth of the ’80s band Scandal for the past eight years.

Playing with Patty is always great. The girl can still sing her face off and you never know who’s going show up to her gigs. The last show we did for 2014 was at the Cutting Room in New York City and we got to play “Rockin’ in the Free World” as an encore with Patty’s husband and tennis legend, John McEnroe.

We also toured over the years with Rick Springfield, Eddie Money, Loverboy, and many others. These shows have been great because we had the same core rhythm section since I joined the band, which makes it so easy for me to just rock, and not worry about anything else.

I also have been playing with Scandal guitarist Keith Mack lately, as well as touring with Cyndi Lauper. Recently, Keith recorded and released a new record, The Moment, which was a great experience for me being a part of the recording.

I moved to New York in 2002 from Israel. I love New York for so many reasons but mainly because anything can happen to you career wise. A few years ago, I did a music video with Julian Lennon for his song “Lucy,” a track about his childhood friend who had passed away and had inspired the Beatles hit song, “Lucy in the Sky with Diamonds.” The video led to a TV appearance with Julian on the CBS Morning Show and then a few promo gigs. Best part of the story is that I got the gig in a week’s notice! That was a typical “New York” experience.

Some of my influences range from Elvin Jones to Dave Lombardo to Ringo Starr. I try to stay as diverse and open minded as possible and play all kinds of different music. At the end of the day my biggest inspiration and drive are my two kids.

As far as gear goes, I have been playing bunch of different drumsets, mainly Sonor and Ludwig, but not exclusively. I never use the same setup—it all depends on the gig/session. I’m currently endorsing Evans drumheads and Vater (Fusion wood-tip) sticks.

Other than being a hired gun, I also have my own projects. One of them is called Fear the Rhino. It’s a project that I get to forget about producers, sessions, etc., and just play some nice and heavy drums—just the way I like it. Cheers and thanks for reading!

Here are two videos to check out from Fear The Rhino:

Check out Eran on Keith Mack’s album at www.keithmack.net.