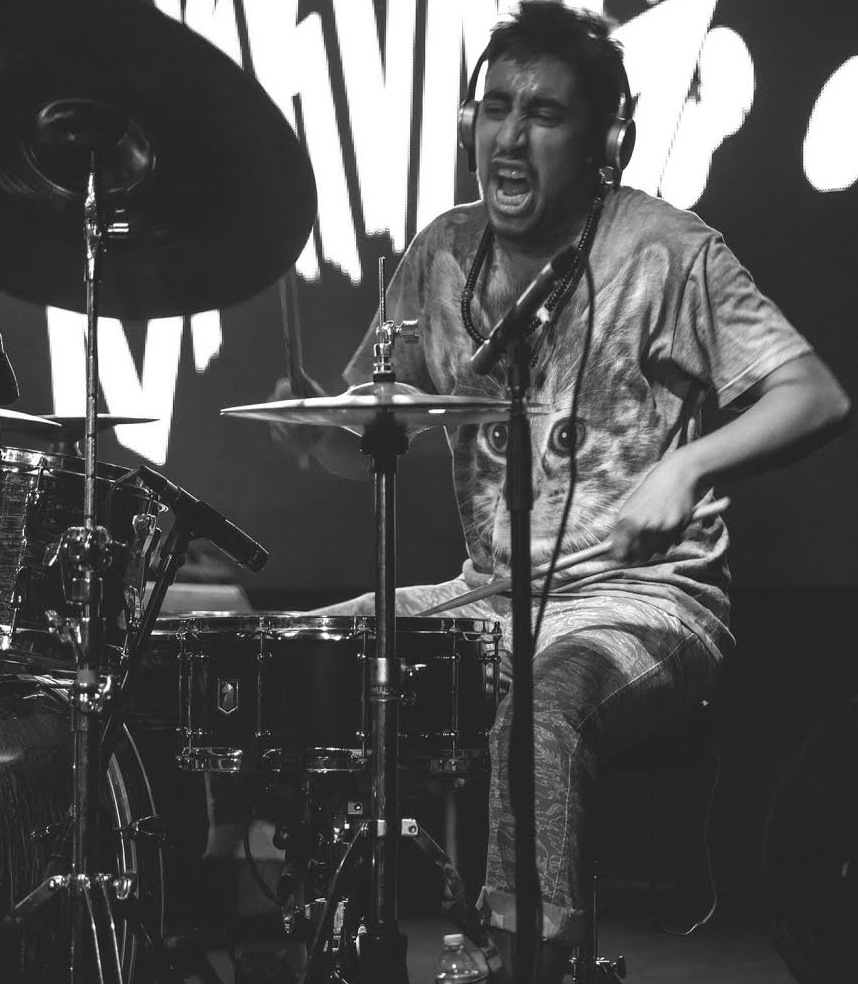 Hey, guys! This is Matty Mayz, drummer of the alternative hip-hop group Oxymorrons. At the moment, we are finishing up our new EP, Complex But Basic, and looking to start hitting the road heavy in early 2015. I just wanted to give some insight on how I practice for playing live drums with a hip-hop group and share strategies for keeping things groovy to excite and focus the audience.

The Oxymorrons currently play live with two guitarists, a bassist, two vocalists, a DJ, and myself. With the DJ playing a backing track on top of a full live band, we are able to get that full powerhouse sound of an acoustic live band without missing the produced elements we prefer not to recreate. As a drummer, I focus on making sure the key percussion elements that hold the groove down for any hip-hop track are still the backbone of the live show. This all comes down to the kick and snare, or the “boom bap.”

The “boom bap” is the corner stone of most hip-hop tracks. Because of this, the kick and snare should be played live exactly the way it is on the recorded track. This gives the audience an immediate recognition of the recorded track. Once a drummer can do this, they can then begin to focus on how to work in their cymbals patterns and fills to contribute their take on the track’s original beat.

When playing hip-hop, being in sync with your vocalist is a key element to making sure the band sounds dope. It wasn’t until I started to play drums for hip-hop groups that I started to realize that the band’s focus was to strongly support the vocalist more than anyone else. Working hand in hand with whoever is rapping helps you dictate how to play your parts. If a rapper has a quicker cadence, less hi-hat work is the way to go because it focuses the audience’s attention on the lyrics. Certain phrases that a rapper may rap may be more drawn out which would lead to add fills before a downbeat. Communication is key between you and your rapper to figure out what works well where, and what you can do to emphasize the best parts of his vocal performance.

When playing well-established grooves for a long time, you may get bored or zone out a bit. You don’t need to do stick tricks or crazy antics, but facial expressions will show how into the music you are. I could be playing the simplest groove for a track, but you will see me singing a long and making eye contact with both my band and random audience members with a big grin on my face the whole time. As long as your technical skills don’t suffer because of it, let your personality shine through in your drumming. Let your stank face be remembered!