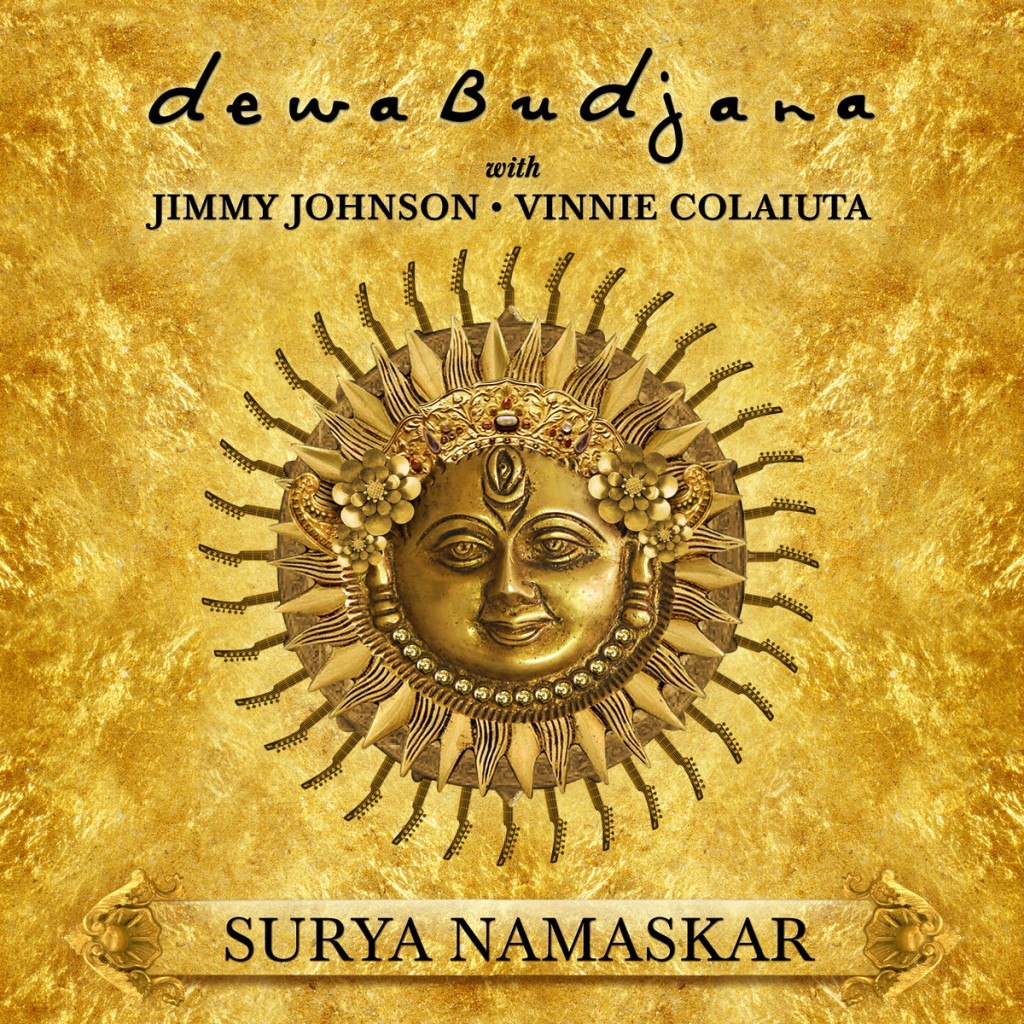 Indonesian guitarist Dewa Budjana has released multiple albums as both a soloist and co-leader of pop band Gigi. On his latest release as a leader, Surya Namaskar, which is graced by bassist Jimmy Johnson and drummer Vinnie Colaiuta (Johnson and Peter Erskine comprised the rhythm section on last year’s Joged Kahangan), Dewa seeks to, as he puts it, “blend the ethnic heritage roots of my native Bali and my country Indonesia.” At this Budjana succeeds artfully, on searing, improvisational performances packed with dexterous grooves and solos, as heard in Colaiuta’s edgy outings in “Fifty” and the spiraling “Lamboya.” Foreboding and lyrical, Surya Namaskar is also psychedelic, Colaiuta zipping through its corridors with some of his most thunderous assaults and exotic beat displacements this side of his own notorious “Attack of the 20lb Pizza.” (Moonjune)