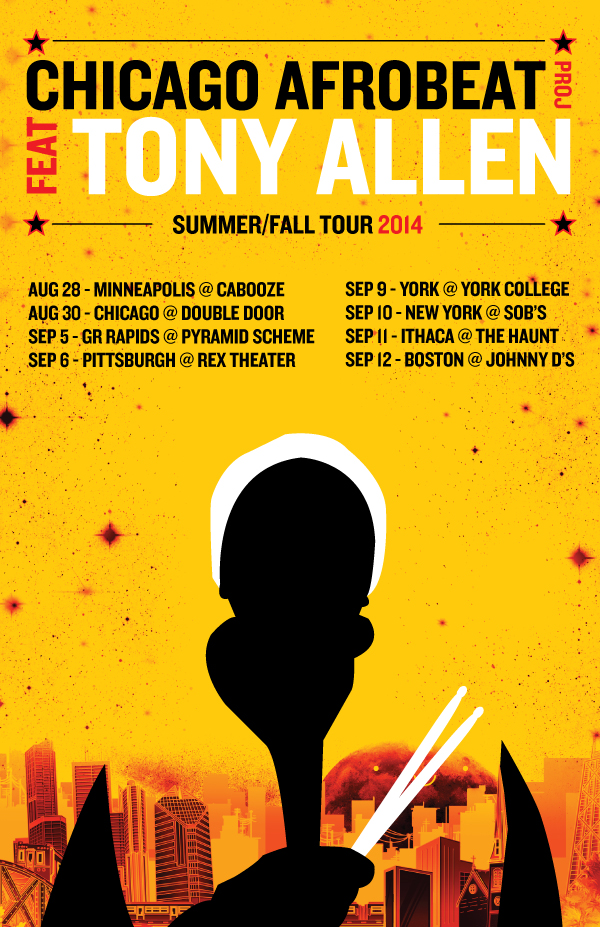 Drummer Tony Allen, who anchored Fela Kuti’s legendary band Africa ’70 and was voted by Modern Drummer readers number forty-nine on MD’s list of the 50 Greatest Drummers of All Time, is currently in the States on a brief club/theater tour with the Chicago Afrobeat Project. During the tour (remaining dates below), Allen will lead three special workshops/master classes, in York, Pennsylvania, on Tuesday, September 9; in New York City on Wednesday, September 10; and in Ithaca, New York on Thursday, September 11. (Note: The New York City workshop is not open to the public.)

The workshops will feature a biographical sketch of Allen, along with his early influences; a history of the Afrobeat style, including how highlife music evolved into Afrobeat; clave patterns in blues, funk, Latin music, hip-hop, and Afrobeat; an overview of Afrobeat; and Allen at the drumset demonstrating his unique artistry.