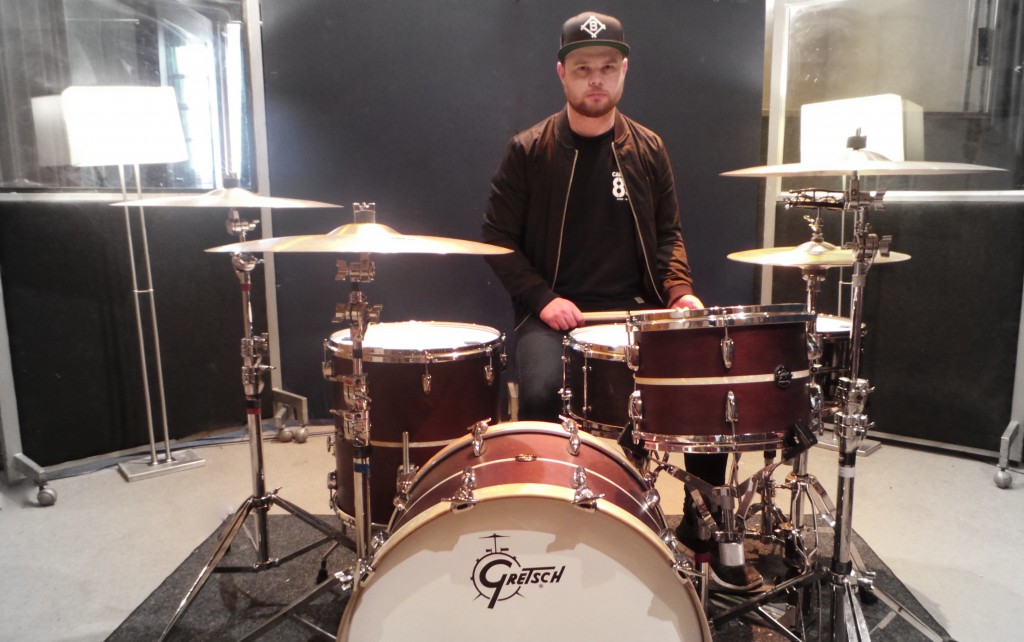 I’m Ben Thatcher, and I play the drums in Royal Blood, a rock band from Brighton, UK. I started drumming at a very early age. For my sixth birthday, my parents bought me my first full-sized drumset. We set it up in the small cupboard under the stairs, and that’s where I would hang out. It was kind of like Harry Potter, but instead of a magic wand I had drumsticks and Pogs. One time I decided to take my kit out of the cupboard and play it in the living room. Let’s just say, my next-door neighbor Jim didn’t appreciate my “sick” break beats.

I grew up listening to a lot of music. My older brother introduced me to the Chili Pepper’s Blood Sugar Sex Magik. I must have been about four years old when it came out, but Chad Smith’s drumming inspired me. Later down the line I enjoyed drumming to Nirvana, Foo Fighters, and Queens of the Stone Age. Dave Grohl has been my main influence throughout my drumming career, alongside my brother-in-law Stew Smith, who played drums in a Christian-rock band called Delirious.

Ok, let me tell you about my drums. Up until very recently I’ve been playing a DW Collectors kit—13″ rack, 16″ floor, and 22″ bass with a vintage marine off-white finish. It’s a beautiful-sounding kit, and I would still be playing it right now if it weren’t for my venture into a music store in Manchester to buy batteries. It was like the moment in Wayne’s World when Wayne spots the white Fender strat. But instead of the guitar, it was a Gretsch Renown Maple drumset in a dark-wood finish with a vintage marine strip down the center (12″ rack, 16″ floor, 22″ bass). I’m currently recording with those drums at Rockfield Studios in Monmouth, Wales. It’s sounding so good—deep, warm tones and a lot of character.

Ok, snare time. I’m a big fan of the Ludwig 402 and Black Beauty. You can’t go wrong with them. But my weapon of choice has come straight out of Brighton by Morgan Davies (http://www.morgandaviesdrums.co.uk). I have two of these bad boys. My main snare is the Black Mamba, which is a 7×14 hybrid of birch/ walnut/smoked-eucalyptus. I have it tuned right in the middle, but it sounds great cranked up and down low. My backup Morgan Davies is a 7×14 birch, called the Cobra. I couldn’t speak more highly about these drums.

Drumheads can make or break your drum sound. I use Evans coated G2s on pretty much everything at the moment and an EMAD 2 on the kick. They last long and sound fantastic.

Lastly, let’s talk about drumsticks. I went though a time where I was snapping everything, so I didn’t really care what I was using, as I knew it would break within a few songs. What I have found is that the Promark 5Bs are my jam. They are a happy medium between a tree trunk and a matchstick.

For more on Ben Thatcher and Royal Blood, visit youtube.com/watch?v=-_3mNCaJgNM, or watch below.