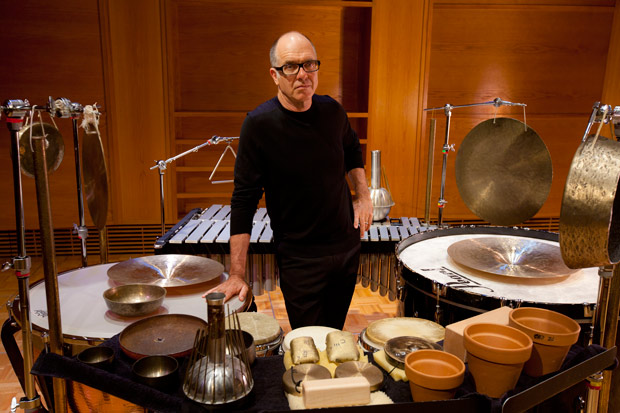 Noted contemporary percussionist Steven Schick will be performing epic solo concerts at the Miller Theatre at Columbia University in New York City this coming January 30 and February 1. The performances will span the world of solo percussion composition, from its avant-garde beginnings in the 1950s to its current-day manifestations. The first concert, titled Origins, features music from the birth of the solo percussion genre, with works by Stockhausen, Xenakis, and others. The second show, Responses, will feature solo pieces that Schick has commissioned and premiered over the past three decades. Besides being an influential professor and author, Schick has significantly expanded the solo percussion repertoire by commissioning and premiering more than 150 new pieces.