Marvin McQuitty, Jr. –  The Man, The Musician, The Mentor 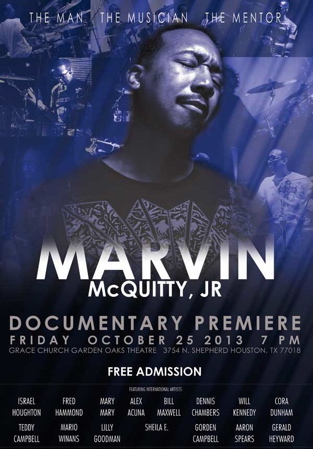 The Marvin McQuitty documentary will share the story of Marvin as a pioneer at the highest level in the music industry showing how he set the tone for many of the world’s greatest musicians and artists. They often quickly admit that beyond the music chops and techniques they learned from Marvin, he greatly influenced their lives on a personal level. Marvin made them better people. He used the skills he acquired as a drummer to hone the art of his life. He knew how to set the tone of his home, his marriage, his parenting and his friendships, establishing a steady rhythm on his drums and is his life. Just as his passion set the groove for a host of the world’s most noted artists and musicians, the documentary of Marvin will allow the world a peek into his life.