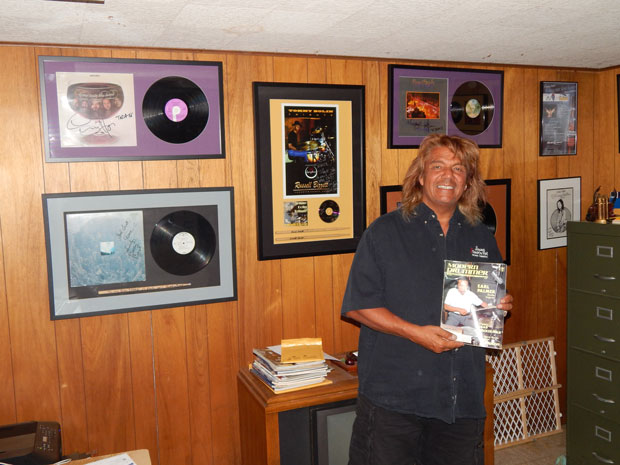 I’ve been the drummer for Jim Dandy and Black Oak Arkansas for the past twenty-five years. I’ve been on the road with Jim Dandy and BOA promoting our new album, Back Thar and Over Yonder, which is on Atlantic Records. It’s our first new album since 2000, and it contains twelve songs from years before I joined the band. We recently attended the Rock and Roll Autograph Show in Los Angeles, and we played five dates that were highlighted by a show at the Whisky A Go-Go.

When I’m not on the road with BOA, I manage the music catalog of my late brother, guitarist Tommy Bolin. We just released a new CD, Whirlwind, and a limited-edition LP. It features twenty tracks and has some material from the James Gang era, outtakes from Teaser, and a couple of songs from Energy with Max Carl (Grand Funk Railroad) and Mike Finnegan. We also have a CD out called Great Gypsy Soul that features Peter Frampton and is produced by Warren Haynes, Brad Whitford of Aerosmith, Steve Lukather, Nels Cline, Joe Bonamassa, and my old friend Glenn Hughes. Check it out when you get a minute.

This coming January, Phillip Polimeni, who originally recorded the Tommy Bolin Archives release After Hours: The Glen Holly Jams, will be releasing Tommy Bolin: Raw. It’s a two-CD set of Tommy playing with Roger Saint, Bobby Berge, and Stanley Sheldon. I’ve released over thirty CDs of my brother’s music, and there are still more great things ahead. Dean guitars, along with artist Nick Simmons, have created two commemorative guitars to honor Tommy, called the Teaser and the Tomikazi. They’re both fantastic instruments for the collector or player.

The Tommy Bolin Archives are always looking for old photos or items that relate to Tommy’s music career. Visit Tommy’s website to keep up with all of his history at www.tbolin.com.