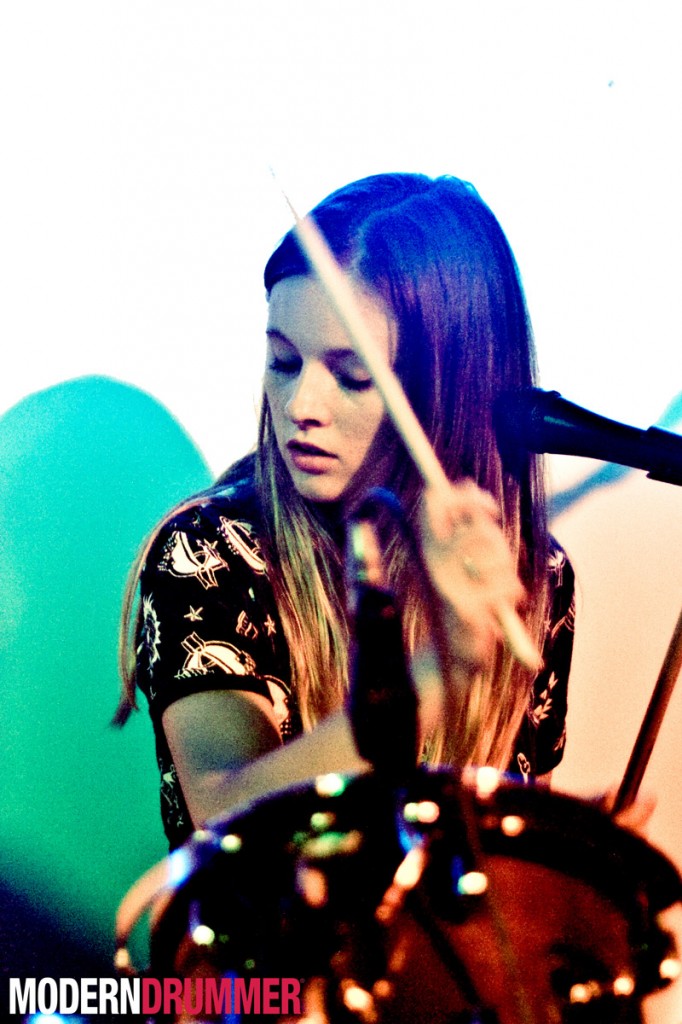 Hi MD. My name is Scarlett Stevens and I’m from Fremantle, Western Australia. I have been playing drums since I was ten years old, but it wasn’t until this year that I made drumming my full-time focus.

I started a band at ten with a couple of friends who lived nearby and who played guitar. We became the Flairz and played gigs around WA in between school commitments and our other hobbies. We even made it to SXSW! At the end of high school we parted ways, and I started jamming with other musicians around the same age. I was asked to play on a friend’s recording, which led us to form the band I currently perform with, San Cisco.

My initial introduction to the drums happened by chance. My parents have always been involved in the local music scene, even though neither of them is a musician. My dad manages an artist named John Butler, and it was at a friendly barbecue where I met Jack Johnson’s drummer, Adam Topol. I was mucking around on a kit when Adam came over and showed me how to play a basic rock beat. After that he invited me to perform onstage for one song at the Forum Theatre in Melbourne and then again at Bonnaroo Festival the following year. I knew from a young age that I wanted to be in a band, and I’d finally found my instrument. My parents allowed me to take drum lessons back home, under the condition that I continued to study piano.

When it comes to working on new material with San Cisco, I always ask myself, “What would be best for this song”? I’m not the kind of drummer that wants the spotlight on me. I’d rather groove along to a song and be the backbone—that’s so important to me. I can’t stand the thought of doing a drum solo, and I’m not interested in watching other drummers do them either (there are some exceptions of course). I’m totally inspired by other female drummers, like Cindy Blackman, Chloe Saavedra (Chaos Chaos), and Anna Prior (Metronomy). Girl drummers are fascinating to watch because their playing is generally charged with a mixture of rebellion and intuition.

My drumming style is pretty relaxed. I don’t play with shoes because I can’t find any that are comfortable enough to play in!

Singing and drumming has been a really exciting and new challenge for me in the last couple of years. I resisted it at first, but I now believe it is one of the strong aspects of what San Cisco does as a band and has become a large part of our identity as an indie-pop outfit.

For more on the band, visit sancisco.com.