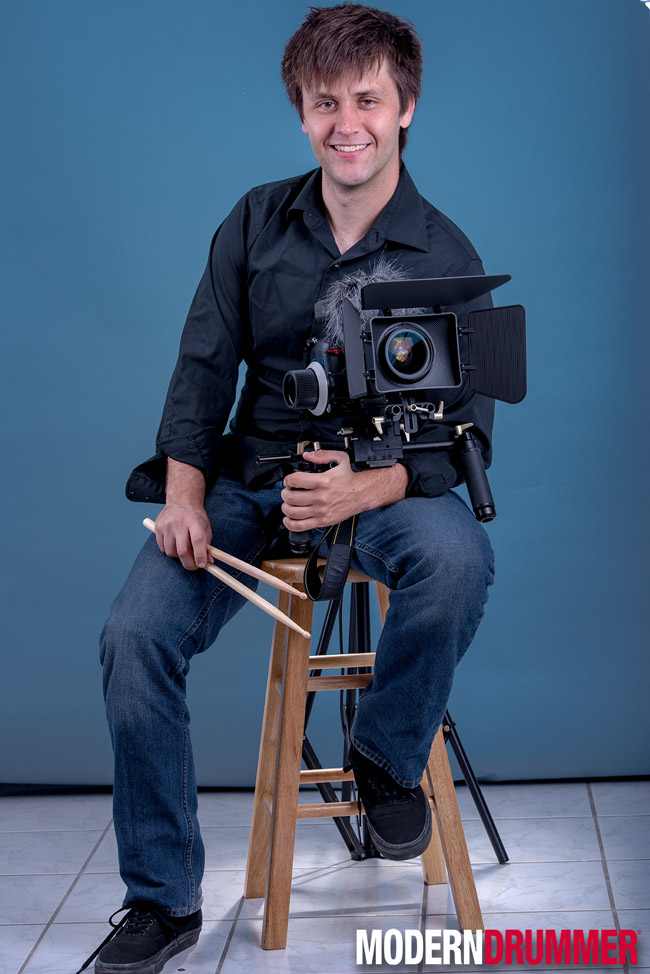 Hi MD! When I was little, my dad would always carry a camera with him wherever he went, and his finger was never too far from the record button. I can clearly remember growing up in a house full of electronics, cameras, and computers. On the other hand, I can remember growing up around musical instruments, as well.
It has been a constant battle choosing which thing I wanted to do the most. I grew up playing guitar, and my brother received lessons on drums. For some odd reason, I found myself on a drumkit later on in life. When my brother took college classes, I would play his drums for hours on end while he was away—so much so that I broke his cymbals and all of his sticks and started cutting pool sticks and broom handles just so I could play a few more hours.
I developed an inseparable passion for film, just as I had developed for drums when I was young many years ago. Instead of battling myself on which road to choose, I decided to merge the two greatest things I love—drumming and cameras—and I call it Chops.
I wanted to create a documentary on the drummers out there that are not famous, but who I think are as good as the guys making millions of dollars. The three drummers featured in Chops live and breathe for drumming, and that is what makes this documentary such a great thing. Chops is all about the pursuits and achievements of the modern drummer, and I made sure that the drummers interviewed gave at least some sort of info that any other percussionist, from beginner to pro, could walk away with. My main goal was to make a film that could help you improve your playing, whether it’s through a new idea or some technique you picked up off the film, and hopefully it does that for you.
A lot was involved in making this documentary. I had a blast, and if the drumming community loves sharing thoughts and ideas on drums, I am here for any suggestions that you may have.

Watch the Chops documentary below or at http://youtu.be/AigpmBf7z48.