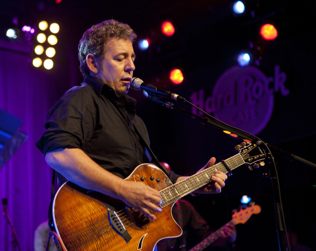 Blues-rock band JD & the Straight Shot have announced that they will be opening for the Eagles on the “History of the Eagles” tour this July. The tour kicks off on July 6 in Louisville, with twelve concerts scheduled through July 25. In celebration of the release of the Eagles’ documentary, History of the Eagles, the Eagles will perform concerts in Milwaukee, Wisconsin; Cleveland, Ohio; Toronto, Ontario; Grand Falls Windsor, Newfoundland; Ottawa, Ontario; Philadelphia, Pennsylvania; Uncasville, Connecticut; Boston, Massachusetts; Washington, D.C., Pittsburgh, Pennsylvania; and Bethel, New York. For tickets and more information, visit: www.thestraightshotmusic.com.

Frontman Jim Dolan founded JD & the Straight Shot in 2000 with friends from the office. Dolan works as president and CEO of Cablevision, executive chairman of Madison Square Garden, Inc. and also oversees New York sports teams, the New York Knicks and the New York Rangers. Although it began as a side project, JD & the Straight Shot has migrated in a new direction over the past several years – recording and touring heavily to promote their new unique sound and new members.

For more on JD & The Straight Shot visit: www.thestraightshotmusic.com.

History of the Eagles Tour Dates: